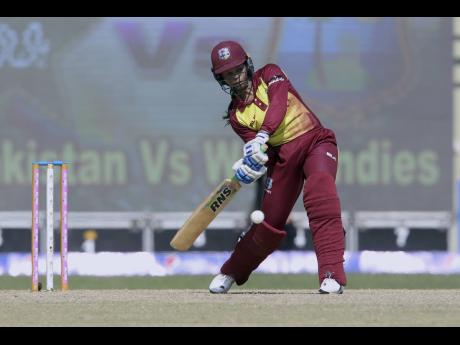 Veterans Merissa Aguilleira and Anisa Mohammed have been axed for West Indies women’s tour of Ireland and England next month.

Neither was included in the 14-member squad announced by Cricket West Indies on Thursday, which will be led by regular captain Stafanie Taylor.

The Trinidadian pair have been perennial fixtures in the regional side having both played over 100 one-day internationals but have found their playing opportunities reduced in recent series, with the emergence of younger players.

Further, their form in the recent West Indies women’s Championship did little to enhance their claims, and newly installed interim chairman of selectors, Robert Haynes, said this had also weighed against them.

“Anisa Mohammed and Merissa Aguilleira’s performances in the recent women’s championships weren’t what we expected or how we wanted them to perform, so unfortunately they were not picked on this touring squad,” Haynes said.

“There are other ladies who are vying for these coveted spots, we have three other wicketkeepers, who have all been scoring consistently thereby outperforming Merissa.”

He continued: “In terms of Anisa, we have Hayley who is back, and the captain Stafanie who can both bowl off spin and have been performing consistently well. So overall we have a very unique and balanced team, which reflects what we saw in Guyana during the Women’s Championships.”

Aguilleira, 33, is a former captain, but failed to get a single game during last November’s T20 World Cup in the Caribbean. However, she subsequently led the T20 side on the tour of Pakistan earlier this year when Taylor opted out, managing 20 runs from two innings.

In the recent domestic 50-overs competition, Aguilleira could only muster 54 runs from five innings for Trinidad and Tobago, and a further 40 runs from three outings in the T20 phase.

The 30-year-old Mohammed, who has also played over 100 matches in the shortest format, claimed nine wickets from five matches in the 50-overs competition and five from as many games in the T20 format.

In acknowledging the pair’s contribution, Haynes said their omission was not the end of their careers.

“Merissa and Anisa have given a lot to West Indies cricket and I’m sure, based on improved performances, we can see them back in the West Indies Women’s team in future series.”

Selectors have, meanwhile, recalled experienced batsman Stacy-Ann King following a three-year absence. The Trinidadian last turned out for West Indies on England’s tour of the Caribbean in 2016 but scored consistently in the domestic tournament to force herself back into contention.

She averaged 40 in the one-dayers and 45 in T20s, and Haynes said he expected her experience and all-round ability to be crucial on the upcoming tour.

West Indies women will take on Ireland in a three-match Twenty20 series from May 26-29 before clashing with England in a tour comprising three one-day internationals and three T20s, from June 6-25.

The squad will gather for a training camp here from May 6-20 before departing the Caribbean on May 21.