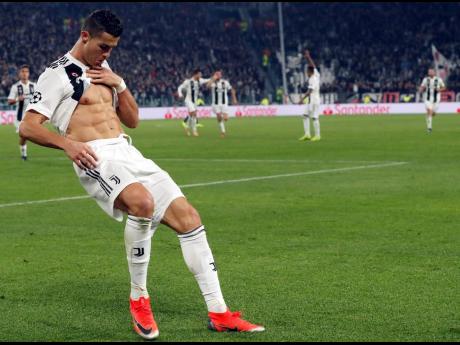 Juventus head coach Max Allegri has dismissed rumours that the club and star striker Cristiano Ronaldo will part ways after the Italian club’s shock quarter-final exit from the Champions League on Tuesday.

Juve can clinch the Scudetto against Fiorentina today, but the game’s build-up has been overshadowed by the Bianconeri’s exit to Ajax in a competition they were expected to challenge for with the Portuguese’s arrival in the summer.

Allegri implored the club and fans to now focus on wrapping up the league before starting to plan ahead.

“Luckily tomorrow (today) we have the opportunity to secure the Scudetto,” Allegri said yesterday. “We must look ahead and dispose of the disappointment, without justifications or excuses. Once we win the League we can plan the future, with clarity and without getting caught up in emotion.”

“The League must be celebrated because it’s a great objective of ours. It’s the result of a lot of work and it comes despite a season with many difficulties like injuries. It’ll have been a positive season with 50 per cent of our objectives achieved.”

“We contested the Champions League quarter-finals not in the best condition, we lost and rightly went out. We lost four balls and it seems Ajax had an extraordinary match. They played better in Amsterdam and we did better on Tuesday than in the first leg, yet strangely the result penalised us.”

Some reports claim Ronaldo is already looking to leave the Old Lady after their Champions League disappointment, but the coach lauded the striker for his perfrmances this season and says he expects that he will remain with the club.

“Ronaldo’s had an extraordinary season and will play tomorrow (today),” Allegri affirmed. “Cristiano plus Juventus doesn’t mean the Champions League is secure. He’s the future of Juventus. He’s serene and calm, as he is disappointed like we all are because we went out of a competition that we thought about winning.

“Now there’s no use talking about the Champions League. We need to think about winning the League.”