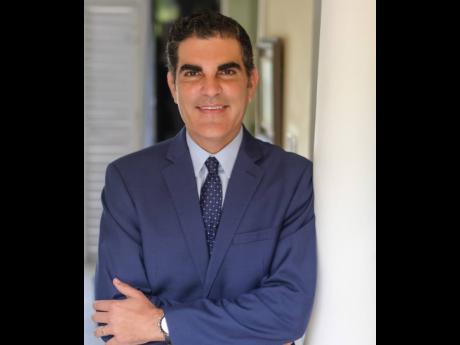 John Azar, the sole nominee for the post of president of Tennis Jamaica (TJ), said he is not surprised by the decision taken by incumbent Aswad Morgan to withdraw his candidacy ahead of the association’s annual general meeting (AGM), which will be held on April 30.

Morgan, who has been acting in the post since December 2017, after the surprise resignation of former president John Bailey, said in a statement that while he received tremendous support from the members, he did not believe a divisive election would be good for tennis at this time.

However, Azar told The Sunday Gleaner that he and Morgan had been in dialogue since he announced his candidacy and was shocked by the suggestions of disunity and division.

“Aswad’s withdrawal from the race came as no real surprise to many on the ground,” said Azar. “Despite what he said in his statement, I suspect that if he really felt that he had tremendous support from the majority of eligible voters at the upcoming AGM, or even the wider tennis fraternity, he would not have withdrawn.

“Having read his statement and his fear of a divisive election, I must admit to being surprised at that statement as, unless he is referring to a possible disunity within his own team, all discussions between he and I in the lead-up to the upcoming AGM have been extremely cordial,” Azar said.

He added: “Aswad must appreciate that a challenge, by its definition, need not be divisive, and voting at elections is a part of a healthy and vibrant democratic process, and it is a right we are all fortunate to have, so too is challenging for positions in an election if one feels they have something beneficial to offer.”

Azar stated that if he is elected as the president of TJ, his first order of business would be to unify the various elements in the sport and increase participation within the community.

“Once we get all hands on deck, we will aim to bring back fun and energy to the game, which will not only attract more participants to the sport, but will also attract corporate sponsors who wish to align their brand with a positive environment,” said Azar.

“I also suspect that there will be renewed efforts at hosting events, improving communication with all stakeholders, raising funds to grow the sport and ensuring that the organisation operates in a fair, transparent and inclusive fashion at all times,” he said.