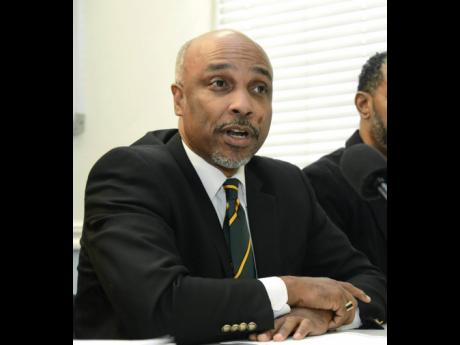 President of the Jamaica Olympic Association (JOA), Christopher Samuda, and secretary general and chief executive officer, Ryan Foster, will be guest presenters at the prestigious International Congress on Sport, People and Health, which will be held from April 25 to 27 in St Petersburg, Russia, at the Park Inn by Radisson, the largest congress hotel in St Petersburg.

The JOA boss was a presenter at the 2017 edition of the congress, which now boasts attendance from more than 40 countries and patronage from government officials from several countries and leading sport practitioners, professors, scientists, technocrats and coaches.

Samuda and Foster will together deliver two papers – ‘The Science and Art of Educating the Athlete and Administrator in Best Practices in Anti-doping Physical Training and Health Care’ and ‘Fuelling the Mass Media with the Ideals, Principles and Ethics of Olympism’.

“It is congress that is known for thought leadership and brings together global thinkers on best practices in various fields of sport and, thankfully, Jamaica is now central to and influencing the discourse,” said Samuda.

This is the ninth renewal of the congress which takes place biennially, and Foster, in making the case for future generations, said: “We at the JOA have a duty to create a path globally for the next generation of sport leaders in Jamaica so that others may follow, surpass and establish their own landmarks.”

Samuda will also deliver an address at the opening ceremony of the congress, at which government officials of St Petersburg and noted sport professionals will also speak.

“The JOA is big on sport education, and Ryan and I will impart, but at the same time learn more on matters of sport that are as relevant today as they were yesterday and will be tomorrow,” stated Samuda.

Conference organisers expect that more than 750 persons will assemble at the Park Inn by Radisson for robust discussions over the three days.