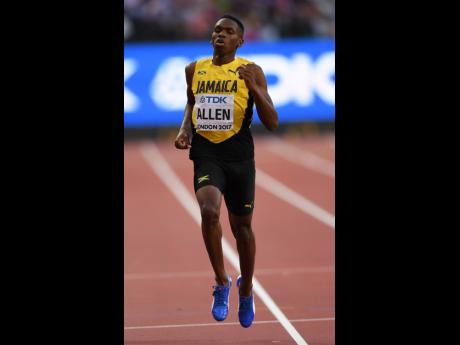 The Jamaica Athletics Administrative Association (JAAA) selection committee has put together a strong set of athletes to represent the ­country in the 4x400m for men and 4x200m for women at the 2019 IAAF World Relays in Yokohama, Japan, next month.

Since Akeem Bloomfield joined the 43-seconds club last season with his 43.94 effort, many track and field fans have been yearning to see the former Kingston College athlete, his training partner Nathon Allen, Demish Gaye, and National Record holder Rusheen McDonald line up for the black, green, and gold in the 1600 metre relay.

Bloomfield and McDonald, at 43.93, have dipped under the 44 seconds barrier already, and with Allen’s 44.13 and Gaye’s 44.55, this will be the fastest mile relay team on paper to represent the country at a global athletics event.

Fitzroy Dunkley, who has a personal best of 45.06 seconds, rounds out the relay pool.

“They (4x400m team) have been great for quite some time and now they are mature. They have shown their talents as juniors and honing their skills as seniors, and we are anticipating excellent performances,” said Garth Gayle, general secretary of the JAAA.

“Based on their training and where they are at the moment, their coaches have indicated for them to participate in those events. We are working along with the coaches,” Gayle said.

Jamaica will also participate in the shuttle mixed relay for the first time, but Gayle believes that the hurdlers should fare well as they have been exposed to the event during the development.

“Shuttle relay has been going on at Gibson Relays for many years. It is also on at the Penn Relays each year, and so these athletes would have been exposed to it at some point,” Gayle explained.