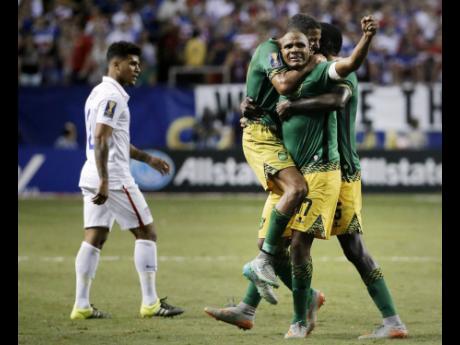 “It’s an excellent game to assess the quality of the squad assembled,” said Whitmore. “Further, the timing is good, 12 days before our first game in the tournament and the opponent is perfect. It’s now down to fine-tuning all aspects of the preparation, and that is what we are currently doing.”

The Jamaicans, who actually eliminated the Americans at the semi-final stage of the competition in 2015 before going on to lose to Mexico in the final, have been drawn in Group C with Curaçao, Honduras and El Salvador.

They will get their campaign started on June 17 at the National Stadium in Kingston against Honduras, in the feature match of a double-header, which will see the tournament’s first games being played in the Caribbean.

For US head coach Gregg Berhalter, the warm-up will also provide a great opportunity to take a look at a team that his boys may very well meet in the later stages of the competition.

“As we prepare for the start of the Gold Cup, this is the perfect opportunity in terms of opponent and venue,” said Berhalter. “Playing against Jamaica, we get exposure to another different style of play, and one that we may see later in the tournament”.

The Americans, who are drawn with Guyana, Trinidad and Tobago and Panama in Group D, are on the hunt for a record-tying seventh Concacaf Gold Cup title.

Tickets go on sale to the public Friday, May 3, at 10 a.m. ET through ussoccer.com.