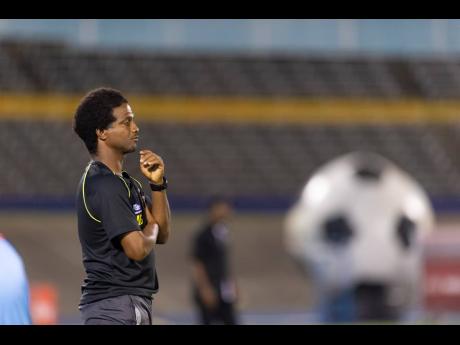 Having last won the title in 2006, Marcel Gayle, head coach of Waterhouse, said that his club is desperate to win this year’s Red Stripe Premier League (RSPL) title for the community.

Waterhouse will face defending champions Portmore United in Monday’s final, which will be played at the National Stadium, starting at 8:35 p.m.

Based in the violence-plagued community of Drewsland in Kingston, according to Gayle, winning this year’s RSPL title will help to foster peace among the community members.

“Whenever I walk through the community, the people keep telling me ‘Coach, we want this’, and so I understand because we have been out in the woods for a while, and I think this year could be our year,” Gayle added.

Gayle, who was an assistant coach at Waterhouse when they last won the title back in 2006, added that his players have worked hard this season and that they are focused on the task that lies ahead of them.

“I think we have been working hard from day one, and I think the guys believe in themselves – that they can do it – and we are confident, and we are just ready to go out there now and display our talent on Monday night,” Gayle said.

“It is going to be a cagey one, and so we are expecting a tough game from them (Portmore) because we know that they are the most consistent team in the league,” he said.

“But nevertheless, it is a one-off game, and everything is on the line now, but my guys are raring and ready to go out there and play some good football,” said Gayle, while noting that he is expecting an exciting final.

“I expect end-to-end stuff from both teams because Portmore have some very exciting players. They are the leading scorers in the Premier League, and this is the two teams with the most goals in the league, and so it is going to be a good one, and so let’s hope we can bring our best game,” said Gayle.