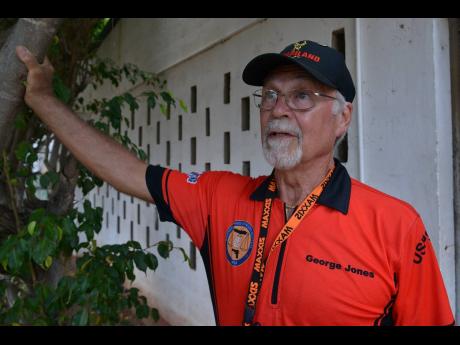 International range master George Jones said the equipment that was used at Jamaica International Pistol Tournament, a two-day event that ended on Saturday, is outdated and needs urgent attention.

Jones, an American, has been a range master since 2004 and a ranger instructor since 2006.

“There is always the type of the equipment that you use, more reliable, longer lasting, that doesn’t cause problems in the match. Those are some of the things that should be looked at here because a lot of the equipment here has been around for a long time,” Jones said.

“The local designs are not quite up to the standard that we want for a match because the malfunction can delay a match and delay the shooters,” he said.

Forty-three participants, mainly from the United States, Canada, The Cayman Islands, and Trinidad and Tobago, took part in the tournament.

Jones said that the course at the Jamaica Rifle Association on Mountain View Avenue, as well as the turnout, was very small for a tournament of this magnitude.

“This is a major match, and at a point where it is a good ice breaker so that people get some experience and get some comfort with running a major event. But from a size standpoint, it is relatively small,” he said.

“A match at this level in the United States will generally run from anywhere to 200 shooters, or more than 350, so the turnout is a bit below par,” he said.