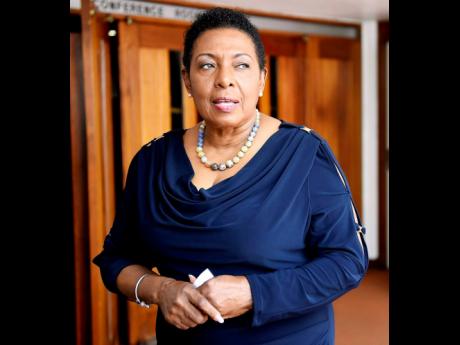 Sport minister Olivia Grange has expressed regret upon hearing that the annual Jamaica International Invitational Meet (JIIM) has been cancelled because of insufficient sponsorships.

But, she has promised to work with the organisers to rectify the problems going forward.

“I am sorry to hear that the Jamaica International Invitational Meet has been cancelled. I expect to hear more on the reason for the cancellation soon. Regarding the Ministry’s future role in the event, I would say that the Ministry has played a signiﬁcant role in the development of the meet and I stand ready to discuss the current situation and to ﬁnd solutions going forward,” Grange told The Gleaner.

The organising committee, headed by president of the Jamaica Athletics Administrative Association, Dr Warren Blake, confirmed in a press release yesterday that the meet, which was scheduled for this weekend has been cancelled.

“We have managed to run the meet on a tight budget over the past 15 years. The current reality is that the level of sponsorship received is insufficient to allow us to stage anything but a watered down version of what is expected of the Jamaica International Invitational Meet,” the release said.

The meet, which has acquired the IAAF World Challenge status, has been used not only to showcase the nation’s prowess in athletics, but as a means of earning for athletes who are transitioning from amateurism to professionalism.

Blake was unavailable for further comment on how the cancellation of the meet might affect athletes’ preparation for the rest of the season.