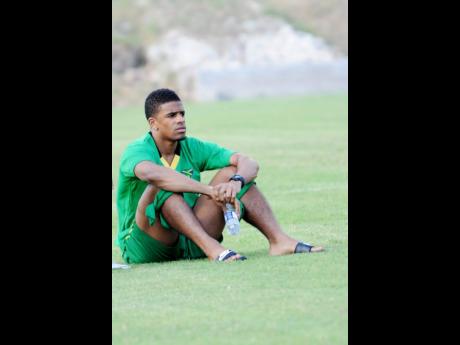 Striker Bobby Reid of English Premier League side Cardiff City has earned his first call-up to the Reggae Boyz team while midfielder Garath McCleary has also been recalled to the national set-up.

Michael Ricketts, president of the Jamaica Football Federation (JFF), made the disclosure in an interview with The Gleaner recently, following a recent scouting visit with head coach Theodore ‘Tappa’ Whitmore to the United Kingdom.

The 26-year-old Reid, who has netted four goals for Cardiff so far this season in 24 appearances in the English Premier League competition, was born in England to Jamaican parents.

McCleary, who currently plies his trade for Wigan in the English Championships, last represented Jamaica at the 2015 Concacaf Gold Cup tournament in the United States.

“Bobby Reid, who plays in the English Premier League for Cardiff City, he has always been in the mix, and so he will be one of those players, who will play for us,” said Ricketts. “He will be in the set-up, and he is very keen to come to Jamaica and represent the country.

“We connected again with Garath McCleary because the coach thinks that he has some use for him, and so McCleary will be back,” Ricketts said.

He added that the coaching staff has also invited a number of England-based players, who have expressed an interest in representing the country. They are defender Shay Dunkley from Wigan, left back Amari’i Bell from Blackburn Rovers, Leeds United striker Kemar Roof, and Daniel Johnson from Preston North End in the Championships.

Ricketts noted that it is now up to the coaching staff to decide on the best set of players that they think will represent the country well.

“If they are better than those who we have, I have no problem, but if they are not as good as we have, that’s where my problem is,” said Ricketts.

“We want the best, but we don’t want to bring players from overseas who are not better than those who we have. The coach has said that he seriously needs central defenders, and so we definitely went in search of a central defender and a midfielder because the coach really thought that he needs some support in these areas,” he said.

Ricketts noted that these players would be available for the Reggae Boyz in next month’s friendly international against the United States set for June 5 as well as the Concacaf Cup Gold tournament in July once they satisfy the ­technical staff’s expectations.

“We are now starting the paperwork for these players because we have a practice game against the United States, and it is an opportunity to look at these players. We are trying to get another game on June 9, and we are talking to another country, but we have yet to put pen to paper, but we are deep in discussions,” he said.