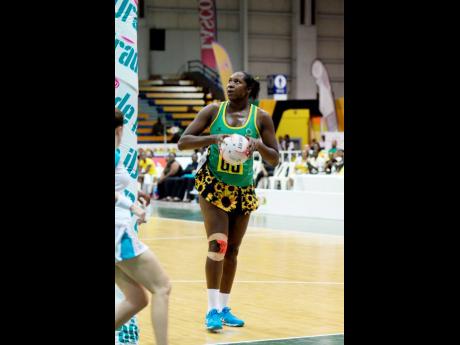 Jamaican star shooter Jhaniele Fowler-Reid produced a sublime performance before injury put her out of the contest as her West Coast Fever slipped to a narrow defeat to Adelaide Thunderbirds in the opening exchanges of the new season last weekend.

Playing at the Priceline Stadium, the 29-year-old shot a perfect 51 from as many attempts but limped out at the start of the fourth quarter with an ankle injury. Hampered by a her absence, Fever lost 60-61 to Thunderbirds, who broke an extended 27-game losing streak.

For the hosts, goal shooter Sasha Glasgow scored 37 from 47 attempts while goal attack Maria Folau chipped in with 24 from 31 attempts.

Fever were down 14-16 at the first quarter with Fowler-Reid the lone scorer for the visitors, but they rebounded to level at 33-33 at the half. With Fowler-Reid netting 15 times in the third quarter, Fever led 50-47 at the start of the final stanza before things went wrong when it mattered most.

At the Melbourne Arena, another Jamaican international, Romelda Aiken, found herself on the losing end as her Queensland Firebirds slumped to a 61-73 defeat to Melbourne Vixens.

Aiken scored 36 goals from 42 attempts to keep Firebirds in the contest with scores locked at 35-all at half-time. However, Vixens had the better of the exchanges in the second half, outscoring their opponents 38-26.

Also at Melbourne Arena, Shimona Nelson was the only Sunshine Girl to end up in winners row after her 46-from-54 performance helped fire Magpies Netball to a 57-43 victory over Sunshine Coast Lightning.

Nelson shot 12 from 16 in the first quarter and a perfect nine-from-nine in the second as Magpies coasted to a 27-23 lead at the half. She sustained her accuracy with 25 from 29 in the second half to ensure that there would be no coming back for Lightning.