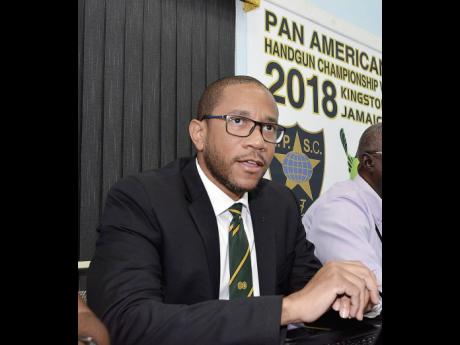 Andrew Gardner, president of the Jamaica Rifle Association (JRA), said he was very pleased with last weekend’s staging of the Jamaica International Pistol Tournament. The two-day event was held at the JRA course on Mountain View Avenue in Kingston.

Gardner told The Gleaner that the event was a very successful one and he is now looking forward to a much bigger tournament next year.

“I am very pleased with another good tournament and I think that everyone who came enjoyed it very much,” Gardner said.

“The local participants said this is one of the best events that they have ever entered.

“They enjoyed the stages and as it turned out, one of the overseas guys told us that as well.”

Forty-three participants took part in the event and Gardner said based on the response that he has received from participants, he is expecting a much larger turnout next year.

“Based on the feedback that we got from the visitors and from the competitors, I do expect that next year we will have more people at the event,” he said. “More people will always help to add to the excitement of the event, but the fact that we had 43 (people) doesn’t take away from the passion and excitement that everybody who entered had.

“The reality of it is that, for us to have more people at the event, one of the things that we have to do is to focus more heavily on marketing. We have to drive a marketing campaign to get the visitors in.”