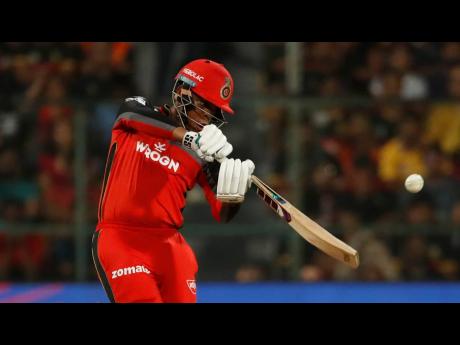 Hetmyer, who had been dropped after scoring just 15 runs in his first four matches, had a timely return to form, scoring 75 runs from 47 balls.

His effort helped Bangalore overtake Hyderabad’s total of 175 for seven in their 20 overs as they ended on 178 for six with four balls remaining.

The 22-year-old Hetmyer, who was recently named to the West Indies 15-man squad for the upcoming ICC World Cup, shared a 144-run partnership with Gurkeerat Singh to help rescue Bangalore from a tricky situation.

Having lost the key wickets of Virat Kohli and AB de Villiers cheaply to find themselves 20 for three in the third over, Hetmyer and Singh went to work rebuilding the innings.

Hetmyer was his usual aggressive self, hitting six sixes and four boundaries, while Singh scored 65 from 48 balls to carry the score to 164 for three.

When they were both dismissed within three runs of each other, it took the efforts of Umesh Yadav, who struck two quick boundaries in his unbeaten nine from four balls, to take them over the line.