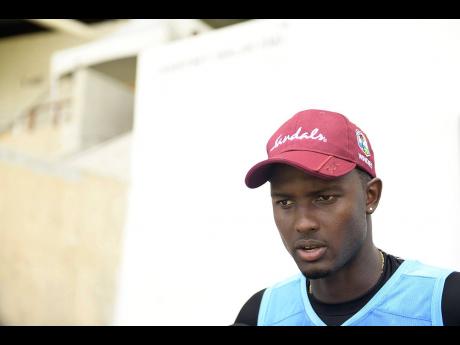 With the regional side set to play their first match of the World Cup against Pakistan at Trent Bridge on May 31, Holder is counting on fast bowlers Shannon Gabriel, Kemar Roach, Sheldon Cottrell, and Oshane Thomas to create havoc against their opponents.

The skipper said that Gabriel’s return to the One-Day International side was especially welcomed.

“Shannon is one that we see as an impact player. His role in this side is to come in and make inroads into the middle order. It’s probably an area of concern in the past where we’ve struggled to get some wickets in the middle period, and having a guy like Shannon, who obviously has the pace and experience, it’s good to have him in there to come and shake up things in the middle for us,” Holder said.

Much will be expected of Kemar Roach, who will be playing in his third World Cup.

“We’ll be relying heavily on him to make an impact, and then we have a young guy like Oshane Thomas, who has been around, and who obviously has a lot of pace as well, who can definitely make an impact in the middle.”

Holder said the invaluable experience of Roach, who is playing in his third World Cup, was also crucial as was the energy that Cottrell brings to the table.

“Kemar is a seasoned campaigner, and he’s done well for us throughout the years, and his experience will go a long way, especially in these conditions. He’s an added boost to our side, and I think Sheldon brings a lot of energy. He’s very good up front with the new ball. He takes new-ball wickets, and in the depth, he is very, very skilful, so we’ve got options in terms of our bowling.

“There’s no doubt we’ve got some well-versed bowlers and bowlers who know their roles within the squad, so it just boils down to execution,” Holder maintained.