Taylor, Matthews and Selman off to India 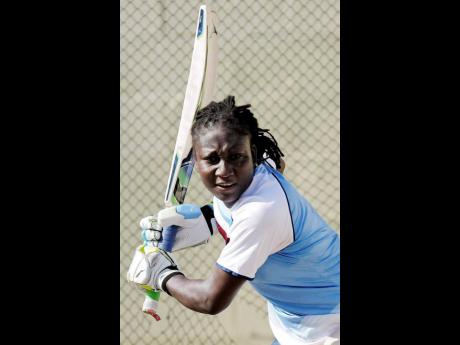 Three West Indies women cricketers have been selected to play in a T20 cricket challenge, which will feature some of the world’s best players.

Stafanie Taylor and Shakera Selman have been invited to play for the Trailblazers, while Hayley Matthews will turn out for Velocity. The other outfit is Supernovas.

The four-match tri-series is being hosted by the Board of Control for Cricket in India (BCCI) and will run from May 6-11 at the Sawai Mansingh Stadium, Jaipur.

Taylor said she hoped that the series would pave the way for the introduction of a Women’s IPL tournament.

“I’ve always enjoyed playing in India, but this will be a new experience for me. I’m looking forward to soaking up the atmosphere that I’ve seen in the IPL on TV, and I’m hoping that this season will be a catalyst to have an actual women’s IPL,” she said.

Selman, who will be steaming into the pace attack for the Trailblazers alongside Indian pacer Jhulan Goswami, is relishing the opportunity to play alongside her West Indies captain and the other international players.

She, too, called for a women’s IPL to be formed.

“I’m grateful to be afforded the opportunity to take part in the Women’s T20 challenge, as it’s another chance to showcase my talent alongside some of the best female cricketers in the game. And I am hopeful that this challenge will be used to develop a women’s IPL.”

Matthews, who will be challenging her West Indies Women’s teammates, echoed similar sentiments, saying, “It’s an honour to be able to participate in such a huge initiative in women’s cricket. I’m really looking forward to playing alongside some of the best players in the world and being able to play my role in helping to grow women’s cricket.”