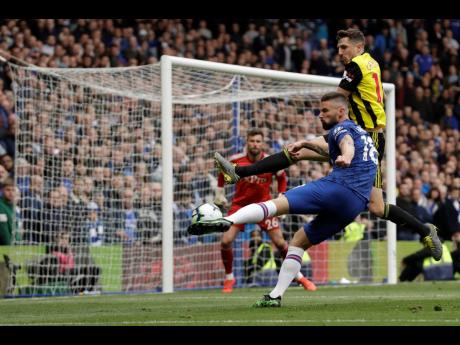 Chelsea can start planning for the UEFA Champions League again.

Manchester United, though, will have to settle for Europa League football next season after a dismal end to this campaign reached another low.

The Premier League’s top-four picture crystallised yesterday as Chelsea earned a 3-0 home win against Watford while United and Arsenal were both held to 1-1 draws.

It means Chelsea are guaranteed to finish at least fourth – earning a coveted Champions League spot after a year in the Europa League – while United can no longer end up better than fifth after next weekend’s final round.

“We haven’t deserved to be a top-four (side),” United manager Ole Gunnar Solskjaer said after his team limped to a draw at already relegated Huddersfield. “When we got the opportunities, we weren’t able to really grab them. Today was just the confirmation of a long season. Because in the end, the table doesn’t lie.”

Arsenal, meanwhile, will need a small miracle to overtake fourth-place Tottenham as they trail their north London rivals by three points and an eight-goal margin on goal difference. The Gunners were also held 1-1 by Brighton at the Emirates in their final home game of the season, meaning they will probably have to win the Europa League in order to clinch a Champions League spot.

Chelsea and Arsenal could meet in the Europa League final if they both advance from the second leg of the semi-finals on Thursday.