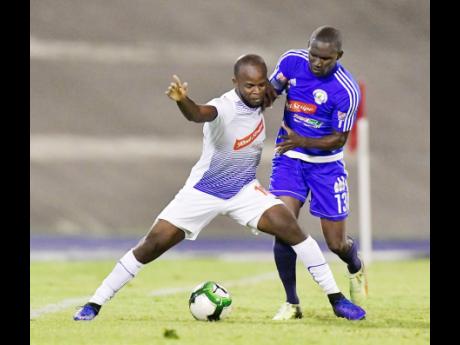 His comments follow a low goal scoring return in this season’s Red Stripe Premier League (RSPL), where 447 goals were scored in 208 matches, and the top scorers finished with just 12 goals.

Downswell believes local top-flight clubs and coaches are developing defensive tactics and organisation, however, he says wastefulness in front of goal continues to be a major worry. But he does not believes that, on average, the amount of goals being scored over a season has increased or decreased, although he thinks more players are now contributing goals. But he says the league lacks consistent goal scoring teams and prolific goal scorers.

“In former years, goals might not be distributed between two and three players in a team, but now it’s five and six players,” he said. “So I wouldn’t say there is a decrease in the number of goals being scored, but from that perspective it has increased. But from an individual standpoint, you would have believed that having played a certain amount of games, that someone would be somewhere between 15 and 20 goals for the top scorer.

“If you look at other leagues, you will find there is a gap between the top two or three (forwards) and the others, so from that perspective it is saying that we don’t have that single real outstanding striker. We used to have people scoring up to 15-20 goals a season: Roen Nelson, Michael Graham, Caple Donaldson, Byron Earle, Kevin Lamey, all those players were top prolific goal scorers. If you even had two players in that category, you could say that you have two real goalscorers, but we don’t,” he reasoned.

“When you watch the teams in the semi-final, in terms of their defensive organisation, there has been a lot of improvement. So maybe the defensive aspects were the most outstanding parts of it.

“So we have have to spend quality time working on our attackers, especially our strikers. If we even look aerially at how many dominant strikers we have, we have none and one time we had Michael Graham, Michael Tulloch, Paul ‘Tegat’ Davis, who were prolific both on the ground and in the air.

“We have to start it at a tender age and make goal scoring be an art. We will have to look at employing offensive coaches, who will work specifically on goal scoring. We have to develop a strikers camp only because we have people who have the track record of working with players as part of the whole, developing that. So if we see that we are not developing that, we need to get specialise training to get them to that level,” he said.

He added that the young coaches will play a great role in changing the goal scoring culture, and he believes this will have a profound effect on the national teams as well.