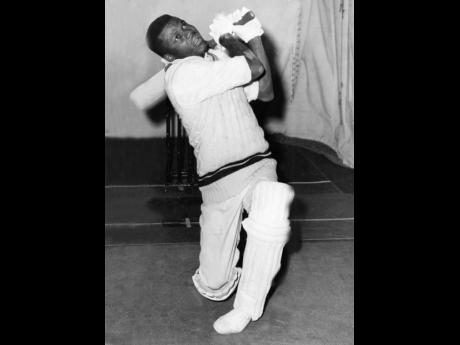 He also served as a coach and administrator following his playing career, and remained a semi-final figure in Barbados cricket.

“Seymour was one of the greatest batsmen ever to play the game and typified all the best of West Indian batting – flamboyant stroke-play combined with powerful hitting and an insatiable appetite for runs,” said CWI President Ricky Skerritt.

“Like most of the West Indian players of his generation, he not only enjoyed playing internationally, but he displayed his batting artistry on every opportunity he got in club matches for his beloved Empire and for Barbados in the West Indies first-class championship.

“Seymour will be fondly remembered not only for the legacy he created on the field of play, but the way he represented the game off the field.”

His maiden Test hundred was a double – 201 against Bob Simpson’s Australia at Kensington Oval here in 1965. Nurse made three hundreds in his final four Tests, hammering a career-best 258 against New Zealand in Christ Church in his very last international innings before retiring prematurely at age 35.

“On his retirement from the game, he served as a mentor and coach to many great West Indies players and was an astute administrator and selector,” he said.

“I was rather fortunate to work closely with Seymour when he was the liaison officer for the West Indies Under-19 team in the 1980s, and over the years, I always enjoyed our conversations about the game whenever we had a chance to speak.

“He was always humble and helpful, and never hesitated to give support and advice to young players.”

“My coach, my mentor … thanks for everything you have done for me,” Haynes posted on his Facebook page.

Sir Everton Weekes, the only living member of the now fabled Three Ws, also praised Nurse as a “fine gentleman and a great batsman”.

Nurse is survived by twin daughters Roseanne and Cherylanne Nurse.