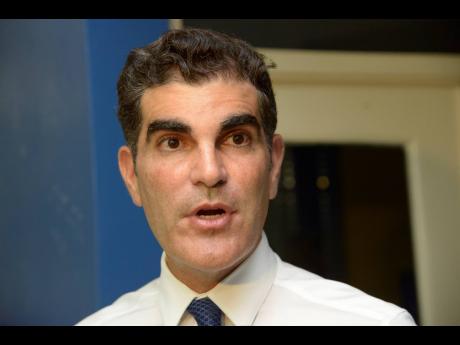 Russell Tennis Academy (RTA) director, Richard Russell, has responded to an email request from Tennis Jamaica (TJ), outlining steps that he will take to ensure that the selection of Jamaica’s Davis Cup team to the national trials are fair and transparent.

Nine players were invited to the squad earlier this year by the RTA, which signed a contract in January with the then Aswad Morgan-led TJ administration. Russell, a former Davis Cup player, told The Gleaner that he offered his services free of cost after he learned that a lack of funding had prompted the local governing body to withdraw from the 2019 Davis Cup.

Johnson, however, pointed out that the selection committee included the parents of three of those players.

In response to the concerns that were raised, TJ president John Azar on Sunday wrote an email requesting that Russell ensure that any monetary commitment made to the association would be maintained regardless of who was named in the final team, that more players be invited to trials to ensure fairness, and that three members of the five-­member committee be from TJ, with no member being either a parent or immediate family ­member of any player in the squad.

Russell told The Gleaner ­yesterday that he had replied to the email yesterday stating that as long as there is no variation in the RTA’s two-year contract, funding would be assured and that an invitation to trials would be extended to as many players as possible.

Russell pointed out that all Davis Cup players would be selected solely on the basis of winning at the trials.

“I confirmed that there was one parent on our committee, and that’s Nicola Bicknell. The ­parents have nothing to do with the ­selection of the team because squad members are ­chosen based upon ­performance at ­trials,” Russell said.