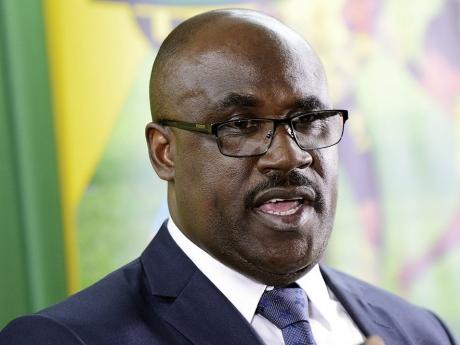 The disciplinary committee of the Jamaica Football Federation (JFF) has announced penalties for some footballers for violent conduct during the final of the Red Stripe Premier League involving defending champions Portmore United and Waterhouse on April 29.

Portmore eventually won the clash 1-0 at the National Stadium after players engaged in a fight and Waterhouse spectators threw missiles onto the field.

See the ruling announced today by the Jamaica Football Federation:

Rafiek Thomas of Waterhouse - Fined $25,000 and will serve a six-match suspension for violent conduct

Damion Williams of Portmore United - Fined $10,000 and will serve a two-match suspension

Waterhouse FC - Fined $150,000 and must serve a six-match probation period (home and away games) commencing with the 2019-2020 Premier League. Should there be any repeat or similar incident a stadium ban or a region ban may be considered

Damion ‘Eptic’ Lewis (mascot) - Suspended from all professional football-related activities for six matches of the 2019-2020 Premier League. Waterhouse Football Club has also been fined $25,000. ‘Eptic’ may choose to attend games during this period but cannot be associated with the game as a mascot or any similar function during his suspension.

JFF general secretary Dalton Wint says the federation has written to the club directing that it sensitise supporters of the consequences of their actions for the Club and the sport of football.