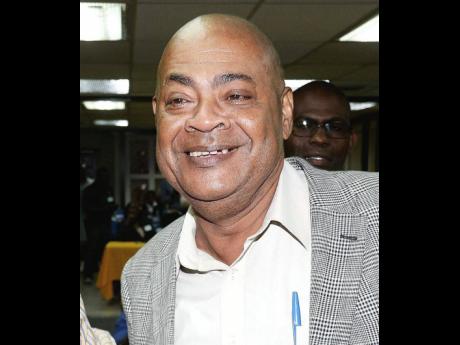 Michael Ricketts, president of the Jamaica Football Federation (JFF), said the organisation is scheduled to sign a memorandum of understanding (MOU) with Italian giants AS Roma in the coming weeks.

Ricketts told The Gleaner in an interview yesterday that his federation met with the AS Roma officials, who are currently in the island on Tuesday, and that discussions were fruitful noting that the parties are now hoping to sign an agreement soon.

“We have been having talks with Roma for a while now. The director of youth football, the director of football development and the club’s development coordinator all came in yesterday (Tuesday) and we have had a long discussion aiming to partner with AS Roma and coaches on youth development programmes,” said Ricketts.

“It could be an exchange programme that could really have positive implications, because they really want to help us identify our young players and have them properly developed,” Ricketts said.

“It is in its early stages, but the fact is that we will now sit down and put a MOU together and, essentially, it will improve the quality of our coaches and, of course, our young players,” Ricketts said.

The JFF boss added that this is a major boost for local football and that the AS Roma representatives are very interested in Jamaican football.

“These gentlemen seem very interested in the product that we have here, and they (appreciate) the athleticism of our youngsters and think that partnering with us could really improve the quality of our players,” said Ricketts.

“This is the route to go in identifying our youngsters from the primary and prep schools and then sometime in the summer, they will go to clubs of their choice whether it is Sweden or Italy. And then, of course, bring them back and keep them close to us in an academy setting and in an environment where they can continue their growth and development,” he said.

“The meeting was very fruitful and I am highly optimistic that it will have some positive results on our football,” Ricketts stated.

AS Roma currently have two Jamaican women on their roster, defender Allyson Swaby and midfielder Trudi Carter, who are both expected to feature for Jamaica at next month’s FIFA Women’s World Cup in France.