Dalton Myers | A further look at the Semenya ruling 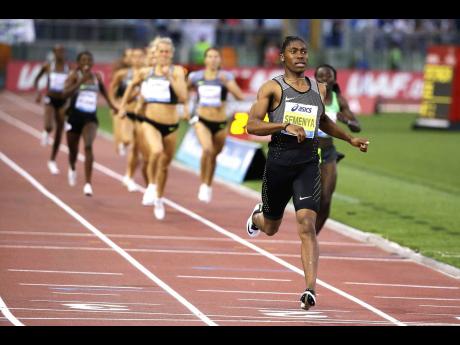 The issues surrounding the Caster Semenya case against the IAAF are not going away anytime soon. The IAAF has come out swinging both in an open letter to the World Medical Association, and a question and answer facts sheet. This ruling was a huge win for the IAAF which now paved the way for the athletics’ body to implement the regulations, which it did on Wednesday. Additionally, IAAF can adjust aspects of the regulations as it sees fit which could include the removal or inclusion of stipulation events.

I do sympathise with the IAAF’s right to try to ensure equity and equality in the sport. However, it is important to examine the potential future issues and challenges.

Firstly, 46 XY DSD athletes are not necessarily biological males. While some might be able to fully gain an advantage from testosterone, and others – partially; others are unable to use up the testosterone their bodies produce, and in essence will not have an unfair advantage in the selected events. Testosterone is indeed crucial to explaining advantage in elite athletes, but not being able to say definitively that all DSD athletes have that advantage creates various issues; yet the regulations apply to all categories.

Secondly, testosterone does not ‘discriminate’. If the IAAF is so confident that testosterone levels in 46XY DSD athletes are high enough to create an advantage, how then does it not have an effect in the other events? If we look at drug cheats who were found doping to increases testosterone levels, those advantages were in sprints and field events. The IAAF is basically saying this huge advantage gained from testosterone is a big deal but only noticeable in some events, while history tells us that the ones who doped benefited various events. As it stands, if Caster Semenya wishes, she could compete in 100m or 200m without taking any hormone reducing medication and would be considered on the same level as all females. So you can understand my concerns about this and what it does to other 46 XY DSD athletes or even XX DSDs who may also be concerned.

I have questioned how the IAAF will be able to detect these XY DSDs athletes since this is not like doping, but rather natural biological makeup. In the case of Indian sprinter Dutee Chand, she too explained in detail the invasion of privacy to determine if she was man or woman. Think about the athletes who may raise suspicion and have to go through the process but they are found to be not 46 XY DSD. So while I do not agree that the regulations violate human rights, I do believe that the implementation of the rule will become a human right issue due to the emotional and physiological processes involved.

So while there is joy in some quarters that this now creates a level playing field; that is far from the truth. This is not about ensuring that ONLY females who compete against females as 46 XY DSD athletes are still allowed to compete in approximately 22 female track & field events in elite competition without hormone therapy. I personally feel sorry for Semenya and other classified athletes and what they must be going through.