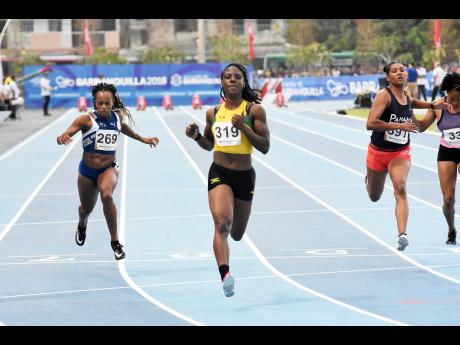 Jamaica's women's 4x100m relay team are safely through to the final of the event at the IAAF World Relays in Yokohama, Japan after a second place finish in their heat on Saturday morning.

The Jamaicans (Sherone Simpson, Natasha Morrison, Shashalee Forbes and Jonielle Smith), stopped the clock at 43.08, to finish behind Germany, 43.03 in their heat.

They will now turn their attention to the final of the event, which takes place on Sunday at 6:37 a.m.

The Jamaicans got off to a good start and were in control after the first two legs, but Forbes struggled on the curve, handing the baton to Smith in third place before the youngster managed to wrestle back a spot and secure an automatic berth into the final. The Jamaicans enter the final, where they will likely introduce Jura Levy, as the fourth fastest qualifiers.