No room for error - Holder 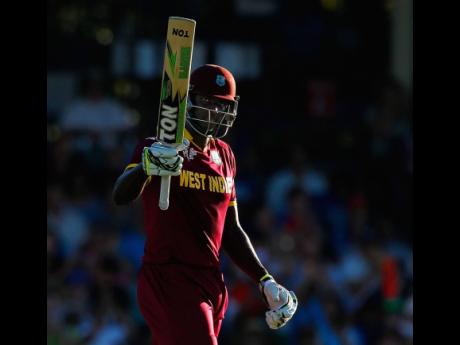 Following contrasting results in their opening two games of the Tri-Nations Series, the Windies will go in search of an improved performance when they face Ireland again here today, hoping to secure a berth in the final of the tournament.

The Caribbean side crushed the Irish in their opener last Sunday by 196 runs in a game which featured a world-record opening stand between Shai Hope and John Campbell. However, they were brought back down to earth a few days later when they were easily brushed aside by Bangladesh in an eight-wicket loss defeat marked by mediocre outfielding and the inability to post a really competitive total.Captain Jason Holder said it was now crucial the Windies upped their game and rectified the mistakes they had made during that loss.

“I thought we batted really well in the first game and in the second game it was probably a little bit tougher in terms of the pace of the wicket and trying to get runs flowing,” Holder said ahead of the contest at The Village in Malahide.

“I think we’ve had a few discussions over the last couple days just how we can improve if we find ourselves back in that situation. It’s just a matter for us to try to get 300-plus runs on the board each time we go out there and we bat.

“I think we were just a little bit off the boil in the last game and in this game, we are just looking to do a few more things better and get up to that 300-run mark that we’re looking for.”

The Windies dominated their first meeting with Ireland entirely. Their 381 for three was their second highest in One Day Internationals and the margin of victory was the their fourth largest in this format of cricket and largest in five years.

Their bowling was also incisive, especially up front when they reduced the hosts to 21 for three in the fifth over. Following middle order resistance, they took the last seven Irish wickets for just 33 runs.

They will be keeping anxious watch on the weather, however, especially after heavy rain forced the abandonment of Thursday’s match between Ireland and Bangladesh at the venue.

“It should be a really good game again, hopefully the weather stays away,” Holder said.

“We had a really good game against Ireland in the first round and basically it’s getting deeper into the competition now and we want to win this game and then secure a spot into the finals.

“We obviously just need to bat well and bowl well and hopefully we can get the result we’re looking for.”

The series will be the final one before the Windies head into the May 30 to July 14 World Cup in England, where they open their campaign against Pakistan on May 31.