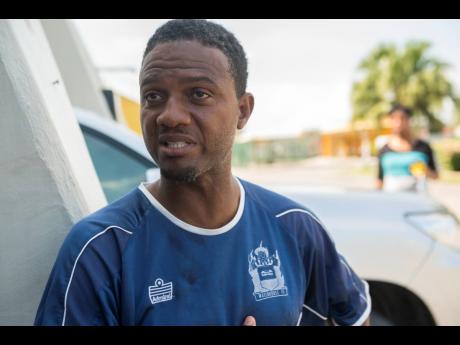 In the opening match of the double-header, Portmore United, who defeated Waterhouse 1-0 to retain their RSPL title last month, will take on Real Hope Academy at 5:30 p.m. while Waterhouse will go up against AS Capoise at 8 p.m.

Shavar Thomas, head coach of Portmore United, said he is aware of his opponents’ strengths and weaknesses based on the information he has received, and so his team is ready to go into battle.

“We scouted them, and with the information that we have got, I think it is more than enough to execute our game plan,” said Thomas.

Portmore will be led by striker Javon East along with Ricardo Morris, Andre Lewis, and Damion Williams.

On the other hand, Dener Pierre, technical director of Real Hope Academy, said his team is looking forward to the competition.

“We are a very young team, but last year, we had a chance to participate in the Concacaf League that was held in Trinidad, and so that was a good experience for us because that was our first time,” said Pierre. “This is our second time, and so, hopefully, we are going to do better than we did last year.”

Johnson Jeudy and Schneider Desamore are the key players for Real Hope Academy.

Meanwhile, Waterhouse’s head coach Marcel Gayle said his team is upbeat ahead of today’s contest against AS Capoise.

“This tournament means a lot to us because this is our biggest stage for a team in the country, and we are going to use the opportunity as best as possible to showcase talent and to try to see how far we can go in this competition,” Gayle said.

His counterpart, Joseph Oudy, head coach of AS Capoise, was equally excited ahead of today’s contest.

“We came here to observe and learn,” Oudy said via a translator. “It is a learning experience for us, so we are very happy to come here and participate.”

“In Haiti, we are second in our league, so we are very confident and proud to be here. But we are here to win and it doesn’t matter how we win.”