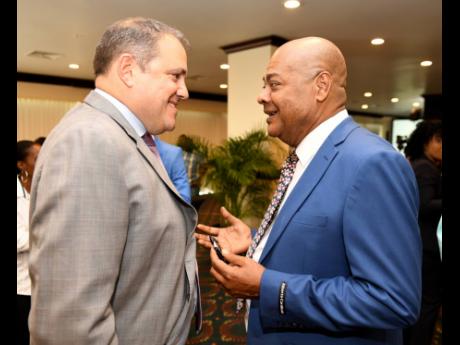 President of the Jamaica Football Federation (JFF) Michael Ricketts says that his organisation is very disappointed with the performance of the national under-17 team during the Concacaf Under-17 Championships in Florida.

The young Reggae Boyz failed to advance to the final round of the championships after they were beaten 2-1 by El Salvador in the final game in Group A on Wednesday.

The Jamaicans also suffered defeats against Trinidad and Tobago and Mexico in the tournament, with their only victory coming against Bermuda.

Ricketts told The Gleaner that despite the unavailability of a number of key players who missed the tournament due to exams, affecting the team’s performance during the championships, there is still a lot of disappointment in their failure to advance.

“In fact, one player had to return home to do his exams, and the truth is that I didn’t think the preparation time was enough, and the three games that we lost, we lost by the odd goal, plus we were very unfortunate to have lost against Trinidad and Tobago,” he said.

The JFF president also pointed to insufficient resources and a lack of adequate preparation as reasons behind the young Jamaicans’ less-than-ideal results at the tournament.

Ricketts added that the federation would be putting a lot of measures in place to ensure that the team would be much better prepared for the next under-17 qualifiers.

“We just have to reorganise and go again because we have a lot of talented youngsters coming up, and we want to ensure that we give them all the necessary tools ahead of our next under-17 qualifying campaign,” Ricketts stated.