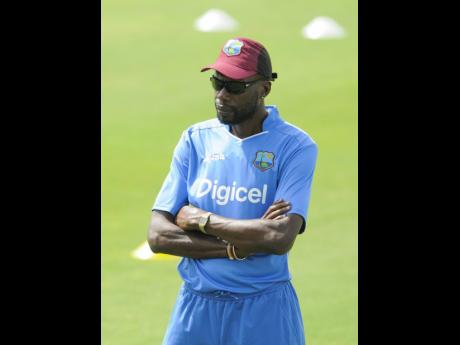 Sir Curtly Ambrose says he is surprised by the West Indies’ struggles against Bangladesh in the ongoing Tri-Nation Series in Ireland.

The Windies faced the Tigers in yesterday’s final at The Village in Malahide but entered the contest against the backdrop of two losses in as many matches to their opponents in the tournament.

“I’m a little bit surprised. Bangladesh are a decent team, so I wouldn’t want to say that the West Indies should just walk all over them, that’s not the case,” said Sir Curtly, who claimed 405 wickets from 98 Tests.

“But I still don’t believe they should have beaten us twice now, so that has come as a bit of a surprise. I’m just hoping we can do a lot better come the end of this month and our first World Cup game because I feel we have a strong enough team to go far in this tournament (the World Cup), but we have to be consistent.

“That will be the key. If we’re not consistent, we won’t go far.”

The West Indies went down by eight wickets in their opening clash with Bangladesh before suffering a five-wicket defeat in their second match on Monday. However, the Windies easily saw off Ireland in their two encounters against the hosts to set up a meeting in the final against Bangladesh.

The West Indies have been without several of their World Cup players due to their Indian Premier League commitments, but Sir Curtly said that even without those players, consistency remained the benchmark for the regional side.

“My concern is that we are not consistent. If we remain consistent in this World Cup, we’re going to create some surprises and do much better than most people think,” the Antiguan contended.

The West Indies will now begin a camp in Southampton before facing South Africa and New Zealand in official warm-up matches in Bristol on May 26 and 28.

They take on Pakistan in their World Cup opener on May 31 in Nottingham.