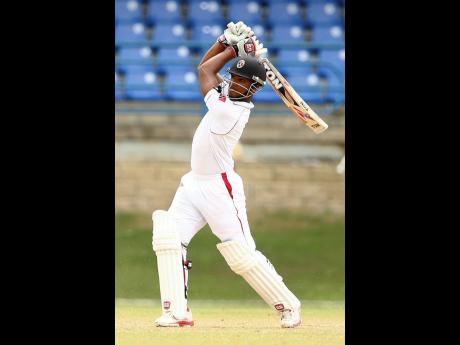 Rookie Nicholas Pooran hopes that fulfilling his dream of playing in a World Cup coincides with a successful campaign for West Indies.

The 23-year-old was selected for the May 30 to July 14 ICC showpiece after only a single one-day international – in which he failed to score – against England back in February this year.

“To be honest, I would love to do special things for West Indies cricket,” the left-hander said.

“It’s been a while since West Indies won the 50-over World Cup, but we’re confident and once you’re confident, anything can happen. It would definitely be a lift to the people back home. We have a lot of passionate fans and I know they’re going to get behind us and they’re going to support us.

West Indies won the first two World Cups in 1975 and 1979 under the legendary Clive Lloyd and were losing finalists in the 1983 tournament, but have failed to make the grade ever since.

They will enter this World Cup under the radar, somewhat, with their unflattering record in recent years leading pundits to rule them out as serious contenders.

Pooran, though, believes if West Indies play strong cricket, any outcome would be possible.

Pooran is an aggressive batsman who has the ability to score quickly. In 11 T20 Internationals, he has already notched two half-centuries, and this year, landed a contract with Kings XI Punjab in the lucrative Indian Premier League.