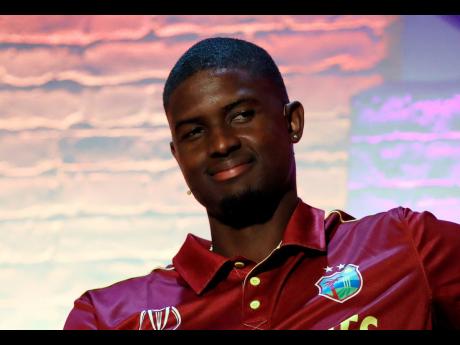 Captain Jason Holder says the new World Cup format means teams will have to work harder to win the competition but says West Indies have fully embraced the changes and believes their chances are as good as any other side.

For the first time in nearly three decades, each of the 10 teams will play each other in a round-robin preliminary round format, with the four top teams qualifying for the semi-finals.

“You only had five or six games previously, with a few more if you made the knockout stages so it’s exciting to play every other team this time,” Holder said yesterday at an ICC event here.

“You’ll have to work hard to win the World Cup by playing every other team – it’s the top ten in world but you want to play all the other nine to give yourself a chance.

“We’re taking it one game at a time – it’s a pretty level playing field and cricket is a game played on the day. Everyone is up to the task and knows what standard the competition is, so it comes down to who plays better on the day.”

West Indies are currently in a camp in Southampton and travel to Bristol shortly where they take on South Africa on Sunday in their first official warm-up match before clashing with New Zealand at the same venue two day later.

The Caribbean side have stern tests in their two opening encounters when they face Pakistan in their first match next week Friday in Nottingham before clashing with world champions Australia on June 6 at the same venue.

And Holder said that would be his side’s focus in coming days as they put the finishing touches on their preparation.

“When the schedule came out, we didn’t look for one fixture in particular – we just looked at the first half of our schedule and turned our focus to the first few games,” he said.

West Indies are considered one of the outsiders in the May 31 to July 14 showpiece. They are ranked number eight in the world and are without a series win in five years, since they beat Bangladesh in the Caribbean in 2014.

Last year in bilateral series, they won just three of 11 ODIs and in 2017, also managed just three victories in 22 outings.

However, their 2-2 draw in the five-match home series against England earlier this year has offered hope of a turnaround in fortunes, and Holder said the squad was upbeat over the World Cup challenge ahead.

“We’re all excited for this tournament and we want it to start tomorrow. I’m pretty happy with my squad as a whole, so hopefully we can play well and enjoy ourselves.”