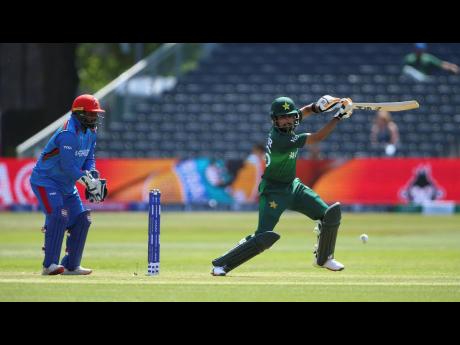 Pakistan’s preparation for their World Cup opener against the Windies in a week’s time hit a snag here yesterday when they slumped to a three-wicket defeat to Afghanistan in their first official ICC warm-up.

Opting to bat first at Bristol, Pakistan were bowled out for 262 in the 48th over – a total that was always going to prove difficult to defend.

Babar Azam struck 112 from 108 deliveries while veteran Shoaib Malik chipped in with 44 and left-handed opener Imam-ul-Haq, 32.

Babar then revived the innings in a 103-run, fifth-wicket stand with Shoaib, striking 10 fours and two sixes in a measured innings.

In reply, Afghanistan were guided by Hashmatullah Shahidi who stroked an unbeaten 72 off 102 deliveries while Hazratullah Zazai hammered a cameo 28-ball 49.

Zazai blasted eight fours and two sixes in an 80-run, first-wicket stand of 67 balls with Mohammad Shahzad (23) who then posted another 39 for the second wicket with Rahmat Shah (32) and a further 49 for the third with Shahidi.

Cruising at 244 for four in the 47th over, Afghanistan stumbled briefly when they lost three wickets for five runs in the space of 10 balls but Shahidi held firm.

Pakistan, struggling for form following their recent series defeat to England, face West Indies on May 31 at Trent Bridge in Nottingham.