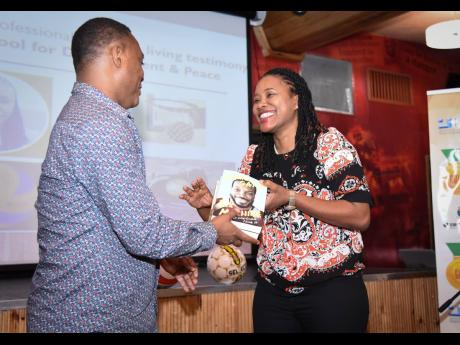 Jamaica’s senior netball coach, Marvette Anderson, said that a very experienced 12-member Sunshine Girls team has been selected and that they will challenge for a medal at this year’s Netball World Cup in Liverpool, England, in July.

Adean Thomas, Shamera Sterling, Shimona Nelson, and Jodi-Ann Ward will be making their first appearance at the championship for the Sunshine Girls.

Anderson, who guided the Sunshine Girls to the bronze medal at last year’s Commonwealth Games in Gold Coast, Australia, said that the team is very balanced and that she is confident that they will do well at the tournament.

“We have eight persons that represented us at the last championships, and that itself is tremendous for us because these players have a lot more experience going into this World Cup,” said Anderson.

They (the newcomers) will fit well with the seniors because they have played with them before, but not at a world championships, and I don’t think that there will be any issues with them playing with the senior players in the squad,” she said.

“I have confidence in all 12 players because our preparations have been going well. We have been working on all areas on the court, and we have also been working on our fitness, so the girls are now looking forward for the championships,” Anderson said.

Meanwhile, former Sunshine Girls captain Simone Forbes said this is the most talented Jamaican squad she has ever seen assembled for a World Cup, and she is confident that they will challenge for a medal at the tournament.

“For me, this is the best 12 that the selectors have seen fit to send to the World Cup, and I am happy with that,” Forbes said. “Experience is always good on any team, and for any team that has eight players from their previous World Cup team, that is a world championship-winning team for me.

“Jamaica might be one of the only teams that have eight returned players, so already, we are up there with the others. So I am expecting this World Cup to be very exciting.”