Marshall too good to pass up - Richardson 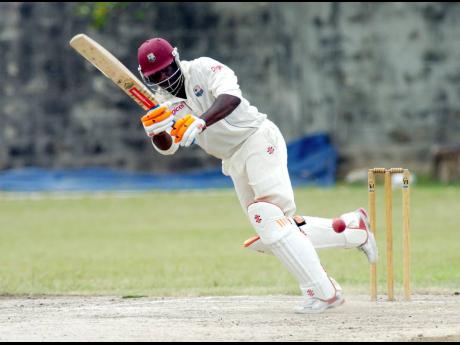 Jamaica Tallawahs team manager, Andrew Richardson, said the franchise’s decision to bring back 2005 Windies youth cricketer of the year, Xavier Marshall, was based on his form and contribution to United States One Day International (ODI) and T20 teams over the past year.

The big hitting right-hand batsman, who previously held the record for the most sixes (12) in ODIs in 2008, switched allegiance to the USA last January and was the Americans’ leading runs scorer with 182 runs in six matches. In the process he helped the US finish in the top four of the ICC World Cricket League Division Two to gain ODI status, and Richardson thinks the flamboyant batsman can add even more spark to an already impressive line up, which includes Chris Gayle and Andre Russell.

“We all know the talent that Xavier Marshall is,” Richardson said. “We all know how immense a potential he is also. He has had a good last six months with the USA and we thought it was good for us to bring him back as a local and fan favourite. He has done very well for the American team. He scored over 200 runs to help them qualify to become another ODI nation and that was the thinking in bringing back Xavier,” he explained.

Richardson also thinks they have strike a good balance in the squad and plans to reclaim the Caribbean Premier League (CPL) title for the first time since 2016.

“Everybody we select, we select them with the intention that they will be pushing for a leading 11,” he said. “It was a plan to get Xavier and others, and the plan has come to fruition. It’s a balanced squad with a mixture of world class players, youth and experience, so it’s a very good squad. The reaction from the public (to the squad) has been good, but the game is played on the day, not on paper. We are hoping that these players can come together as a unit, and as usual, the main objective is to win. So the plan is to go all the way. We are happy with the players and we are looking forward to the season,” he added.