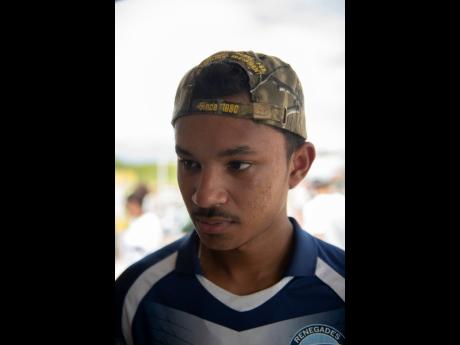 Chairman of the Jamaica Society for the Blind, Daemion McLean, has hailed young Danzel Knight as a role model and a shining light following a second successful staging of the You Can Do Anything Sporting Clays Charity Tournament at the Jamaica Skeet Club in Portmore, St Catherine, yesterday.

Knight came up with the initiative last year to assist the society with bathroom repairs and successfully raised the over $750,000 targeted to repair and refurbish two bathrooms. This year, the initiative’s aim was $850,000 to assist visually impaired individuals, with sitting their CSEC examinations and McLean believes the work Knight is doing should be emulated by both his peers and his seniors.

“Mr Knight is contributing to a life-changing opportunity by helping these people get their CXC (CSEC exams) done,” McLean said. “We are truly grateful and appreciative. The Jamaica Society for the Blind has provided a vehicle for young Mr Knight to express himself, and that is by helping blind and visually impaired people to be in a position to do CSEC.

“Although he is about 17 years old, for a young man to seize this initiative and do it two years running is remarkable, and we believe this is the type of role model that this society needs, that young people need. His effort, his vision an,d at his age, what he is able to do, he is a shining example to all, and we are truly grateful to him,” he said.

Knight was pleased to see improved support for the tournament and hopes it can become a staple in the sporting clays calendar. “This year, there was a lot of support from individuals in terms of sponsorship and support,” he said. “We have 35 sponsors, compared to 22 last year. The shooters came out and enjoyed themselves and the competition. I am pretty sure we have passed $900,000 and [are] moving to the million-dollar mark.”

Robert Yap-Foo was the A Class winner by default after Damion Chung became ineligible for the shoot-off. Both ended on 85. Peter Mahfood won the B Class with a score of 84. Alex Cunningham took the C Class with 84. The D Class went to Mark Benjamin, who shot an impressive 85. Justin Read won the E class with 73, while the Hunter Class went to Neil McKenzie with 67. Perennial ladies’ champion Wendy McMasters captured the Ladies’ Class with 75, while David Wong claimed the Sub-Junior Class with a score of 72.

The highest-overall scorer, Tavares-Finson, said he just came out to have fun and support the event.

“I woke up feeling that I was going to shoot well,” he said. “But I really came out to support the charity because what Danzel is doing is a great thing,” he said.