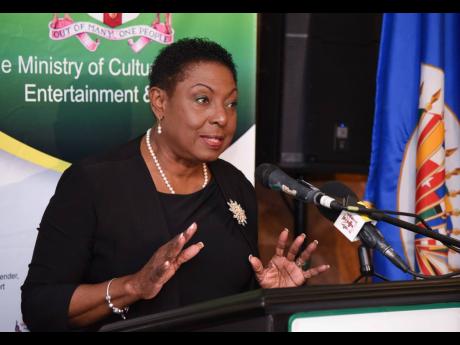 “Some people make such a telling impact on people, communities and countries – and Edward Seaga was one of them. He was the kindest, most caring, most brilliant man I’ve ever known, and I loved him dearly. I give credit to Mr Seaga for much that I have achieved in my professional life. He saw great potential in me and invested his time and effort into helping me to rise and to contribute to the country that we both love.”

“Edward Seaga was a truly great Jamaican, and I want to express my absolute condolence, personally and certainly on behalf of the JFF. We’re saddened by the passing of someone who would have contributed so much to the sport of football, and may I offer total condolences to the family members and friends of a truly great Jamaican.”

“I have had a long association with Mr Seaga as he was the person for whom I did my first political poll in 1989. In football, I had the privilege to work with him when he chaired the PFAJ, and more so when I ­succeeded him in that position four years ago. I admired him for his ­firmness and fairness in the way he chaired those meetings. He was passionate about sports in ­general, but it was his commitment to his football club, Tivoli Gardens, that stood out most for me.

“I am beyond sad right now. I got to know him not in the political arena but in his footballing life. We got off to a very bad start in our relationship because of the football and some of the players I managed as an agent. But beyond that, when we got past that, he became a father figure. In working with him from the inception of the PLCA in different capacities, coming into my being the general manager, it has been a real joy and pleasure getting to know the depth of the man. “