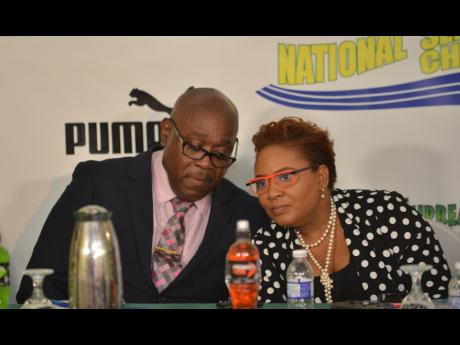 “A lot of them (athletes) are a part of clubs and so you will have an MVP, a Racers, and Sprintec, and I know that those clubs are professional enough that their athletes are kept in good shape after the National Championships,” said Watts, following yesterday’s press launch, which was held at The Knustford Court Hotel in Kingston.“These clubs will consume most of the athletes and so what will happen is that we will have a one and one discussions with those athletes who are in colleges because we will have to ensure that they get ample preparation by virtue of the development meets, which we will be having each week,” he said.“These athletes want to do well, and so these development meets will make them much sharper going into the World Championships,” Watts said.The veteran administrator added that he is expecting an exciting Trials because a number of junior athletes are aiming to upset their senior counterparts.“I think we are going to see some athletes from the juniors who are going to make the team,” said Watts.

“I think that they are highly motivated, and I am confident that they are going to upset some of the senior athletes at this championships.”

Title sponsors Supreme Ventures Limited (SVL) has pumped $7 million into this year’s staging of the event.Gail Abrahams, vice-president of group marketing, communication and sponsorships of SVL, said that her company is committed to the development of sport in Jamaica.“We are a Jamaican company, and so we support all things Jamaican, and so we have been supporting this event for 16 years and so we believe in this event,” said Abrahams. “Jamaicans love track and field, and we will be at the championships, and we are expecting it to be very exciting.”