Win it for the fans – Gayle 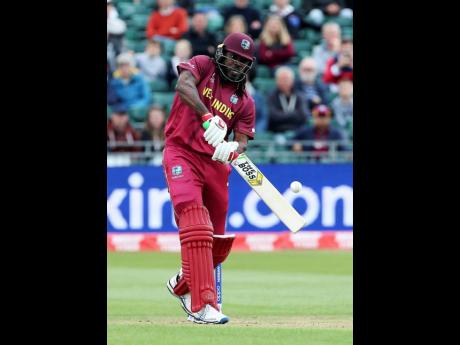 Talismanic West Indies batsman Chris Gayle has made a rallying call for fans to get behind the team and show their support during the upcoming ICC Cricket World Cup.

“This is my last World Cup and I want to go out on a high. We want to give it our best shot … we want to win the world Cup for the third time,” the veteran opener said.

Gayle, who is playing in his fifth World Cup, was the guest speaker at the specially arranged function in Bristol.

The event was held at the Bristol West Indies Cricket Club and hosted by Steve Stephenson, a Jamaican who has been a sporting administrator and senior social worker for over three decades.

Along with honouring Stephenson, the West Indies also made a donation towards the Winston Davis Charity as they offered support to the former West Indies fast bowler, who is wheelchair-bound.

Davis still holds the record for the best figures for West Indies in World Cup history with seven for 51 against Australia in 1983.

“I travel the world and I meet a lot of great people like any of you here tonight, and they always say, ‘Chris Gayle, we love you, and we love the West Indies brand of cricket’”, Gayle said.

“We want to play that kind of cricket, and entertain the fans. I do it for the fans.

They are the ones that keep me going,” Gayle said.

The 12th edition of cricket’s marquee showpiece will be played in England and Wales and bowls off today, with the hosts facing South Africa at the Oval. West Indies start their campaign tomorrow against mercurial Pakistan at Trent Bridge in Nottingham. The Caribbean side have won the World Cup on two occasions – in the inaugural edition in 1975 and then again in 1979 – both times under the leadership of the great Clive Lloyd.