Women will bring the speed– Evans 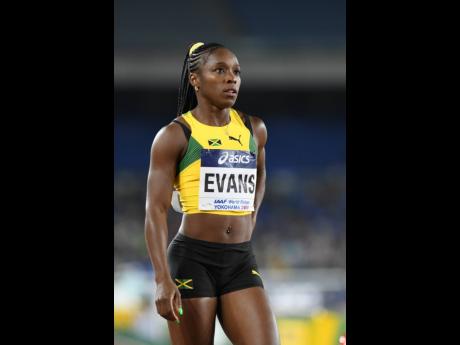 A month from now, a speedy group of Jamaican ladies will sprint for the honour of running at the World Championships this September in Doha, Qatar. Among them will be Gayon Evans, the Commonwealth Games 100 metre bronze medal winner. The 29 year-old Evans embellished her résumé in the last two seasons. In 2017, she parlayed her quick start into a World Indoor Tour title and a 60-metre personal best of 7.14 seconds. Last year, she hit another lifetime best, 11.22 seconds, for third place in the 100 metres at the Commonwealth Games.

“I’m using those two successful seasons to build on for 2019 to see what I can achieve this year,” Evans said at last Saturday’s Jamaica Athletics Administrative Association All Comers Meet at the National Stadium. “My focus is on the Senior Trials, which is a few weeks away, so I’m basically getting ready for that.”

At the same All Comers meet, superstars Shelly-Ann Fraser-Pryce and Elaine Thompson clicked off 100 -metre yearly bests of 10.97 and 11.09 seconds, respectively. Evans teamed with Natasha Morrison, Shashalee Forbes and CAC Games 100m champion Jonielle Smith to win the silver medal at the IAAF World Relays, but she knows there will be more contenders at the Nationals.

“I think the 4x100m for Jamaica is going to be great because, you know, some of the top sprinters didn’t run on the team,” she considered, listing Natalliah Whyte, Kiara Grant, Ramona Burchell, Schillonie Calvert and Samantha Henry amongst the contenders.

Evans hasn’t yet surpassed the World Championships qualifying mark of 11.20, but she and coach Maurice Wilson are working to ensure that she does.

“I’m a great starter, so our focus in mainly on finishing the race,” she submitted.

Even though they are her rivals, Evans enjoyed running with Morrison, Forbes and Smith at the World Relays.

“The energy from the girls, it was very lively, and I knew we were going out there to put on a show,” the former Edwin Allen High School speedster recalled. “We wanted a medal, and we went out there and we delivered.”

When the trip down memory lane was over, the University of Maryland Eastern Shore graduate turned her focus back to the Trials.

“It’s going to be very interesting to see who’s going to place at Trials to be on that 4x100m,” she predicted. Asked about her chances, she replied, “That’s what I’m working for, so hopefully.”