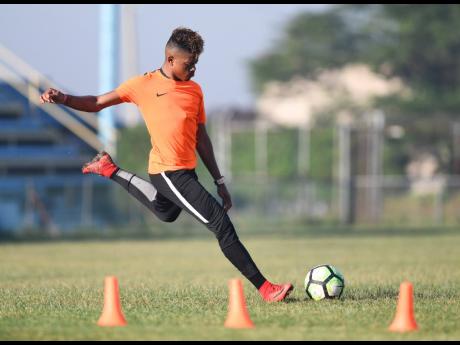 The Gleaner has also been reliably informed that the 20-year-old Bailey has also been named in the Reggae Boyz 23-man squad for their friendly international against the United States in Washington DC on June 5.

His appearance for Jamaica will bring to an end, a long and well-documented stand-off between the Jamaica Football Federation (JFF) and Bailey’s agent and father Craig Butler, which resulted in the youngster rejecting previous calls.

Bailey, who plies his trade for German Bundesliga side Bayer Leverkusen, has accepted an invitation for the Concacaf Nations League game against Bonaire last October, but had a last-minute change of heart.

However, Bailey and Butler have since settled their differences with the JFF and is on the verge of turning out for the national senior team.

“I think that this is long overdue,” said Stewart. “Craig Butler and I have been very close, I coached him at Jamaica College and on more than one occasion, I tried to convince him about the value of getting the kids to play for the national team.”

“I think no matter how you are good, playing club football doesn’t give you the kind of respect that your skill and attitude would deserve. I think playing for your national team is what gives every player that ultimate recognition,” Stewart said.

Stewart added that it is now up to Bailey prove to everyone what he is capable of doing on the international stage.

“At the end of the day, he has to prove himself within the coaches’ perception of what he wants his players to do because that is what is more crucial,” Stewart said. “Yes, you are a good player at the club level, but is he willing to adjust his mindset to national football and conform to the requirements that the head coach puts on him as a player?”

“I know he has the skill set and he has the potential to work hard because he has always worked hard playing as an attacker, I supposed if he gets in an environment where he is allow to express himself, then I think he will do well,” said Stewart.