Lawrence heading in the right direction 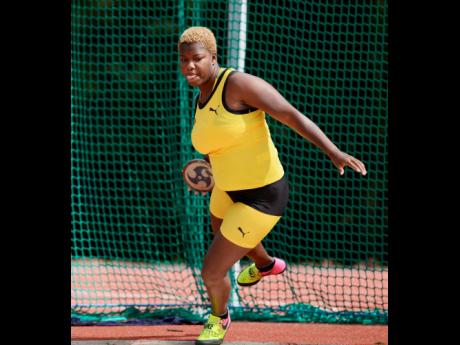 As discus thrower Shadae Lawrence approaches the last collegiate championship of her career, she knows she is heading in the right direction. In addition, some observers believe that the Colorado State University senior could be a contender when her event begins at the World Championships on October 2 in Doha.

Lawrence will enter her last NCAA Championships as the favourite to regain the title she won for Kansas State University in 2017. Speaking this week to the Colorado State University website, www.csurams.com, Lawrence said, “I’m way ahead of the schedule mark-wise, so I’m just going to keep working on the little things and see where it takes me.”

She left Kansas State when her coach there departed after helping her to a personal best of 62.59 metres and a place on the 2016 Jamaican Olympic team. Mirroring her final year in high school, when she moved from Vere Technical to Hydel High, she shifted into gear.

“All I knew was that I didn’t want to wait and see who would become my new coach at Kansas State and that I wanted to go to a discus school,” she explained. “This is my last year to compete, and I didn’t want to leave it to chance.”

A look at the CoIorado State throwers pulled her to coach Brian Bedward via shot putter Mostafa Hassan on Internet networking platform Instagram.

“I don’t know how this is going to work, but could you please talk to him and tell him I need to come,” she remembered writing.

“I wasn’t expecting to be throwing this far at this point in time,” she said of her improvement.

“I think she definitely has the ability to not just make the final, [but] to be an upsetter at the World Championships,” Gayle said.

Before she gets to Doha, she has the chance to regain the NCAA title in Austin, Texas, on June 5-8. Last year’s winner, Maggie Ewen, is gone, and Lawrence is by far the best thrower in the collegiate ranks. In fact, her mark of 65.05 metres makes her the third-best in college track and field history.

The big throw came on May 11 at the Mountain West Conference Championships.

“We thought it was maybe 61 metres or 62, so when we saw a 65 pop up, we were like, “Oh my God’,” she said. “That mark told me good things were going to come and that I was heading in the right direction,” Lawrence concluded.