Liverpool will win the UCL final, here’s why! 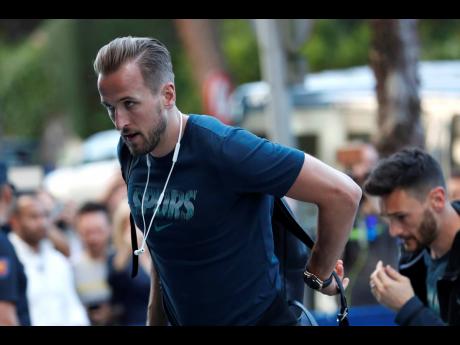 So we await yet another thrilling UEFA Champions League final by both Tottenham and Liverpool in only the second all-England final in UCL history. The first saw Manchester United face Chelsea in the ‘07-’08 season in what was primarily a lacklustre affair that ended with a Manchester United victory on penalties.

But for the 2019 UCL final in Madrid, all eyes are on Liverpool and their trophy-hungry fan base, who are in their second final in two seasons. But Mauricio Pochettino is a proven strategist who goes all out in attack, so I anticipate that Tottenham will put on a good show and exercise their moments of brilliance.

But Liverpool have an enviable squad capable of lifting a sixth UCL title. Here are four solid reasons I expect Liverpool to dominate and prevail.

1. THIS IS FAMILIAR TERRITORY

Liverpool should not be awed by the occasion in any sense and can go about the business of winning because they have been on this stage before, and only just last season. The opponents back then were a ferocious Real Madrid whose experienced squad made light work of an injured Mo Salah and Klopp’s other boys. Fast-forward to 2019, and Liverpool have already endured the nerves of steel and the most daunting opponents. Tottenham may feel like a cakewalk in comparison.

Contrastingly, this Tottenham squad has never been to a major final of any kind, and they are entering their first UEFA Champions League final. Fortune doesn’t often favour the inexperienced.

2. LIVERPOOL HAVE THE BETTER SQUAD

Liverpool are superior to Tottenham in all areas of the ballpark, which accounts for why they were 26 points better in the Premier League this season. They have the better keeper in Alisson, the better defenders with Virgil Van Dijk being top of the Premier League, and the better midfield. In attack, the trio of Mane, Salah and Roberto Firmino are potent on any given day. If you think this Liverpool team isn’t dangerous, remember they put away Messi and Barcelona with both Salah and Firmino on the bench. This could be a bloodbath.

And Tottenham do have cause for concern. Their brilliance against Ajax aside, this team lost five of their final eight league games this season and lost seven of their 10 games against the top six teams in the premiership. Mora, Kane, and Son may get the job done in attack and were quite effective against a favoured Ajax team in the semi-final, but save for a rare moment of brilliance or a bit of luck, I don’t see Spurs making much of an impact in Madrid.

3. THEY’RE HUNGRY FOR A MAJOR TROPHY

Both Liverpool and coach Jurgen Klopp have come, oh so close oh, so often, and still no trophy to date. Both players and coach are eager to taste victory after the familiar sting of second place. Liverpool came within just one point of the Premier League title this season, with the 29-year drought now extended to 30. They’re also 14 seasons away from their last UEFA Champions League win and came oh, so close last year only to crash and burn to Real Madrid.

For Klopp, this is his third final, and no UCL title to date. As head coach at Borussia Dortmund, he was runner-up to Bayern Munich in the all-German Final in 2013. Last year, he had to settle for second place as Real Madrid prevailed 3-1. Let’s see if third time’s the charm for Klopp.

While it’s Tottenham’s first time at the rodeo, Liverpool have reached their ninth overall final, an English record. They’ve won on five previous occasions, also an English record. It’s their second final in a row. Liverpool spell Champions League pedigree. In head-to-head stats, Liverpool are pretty much the heavyweights in this bout, with a whopping 81 wins compared to Tottenham’s 48.

But football is never played on paper, and so we wait to see what happens this season. Both teams have met twice this season, and Liverpool have won 2-1 on both occasions. That’s the narrowest of victories.

Hopefully, tomorrow will delight! One love.