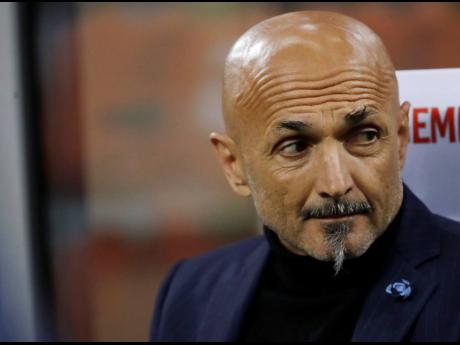 Inter Milan coach Luciano Spalletti has left the Serie A club, with Antonio Conte expected to replace him in the next few days.

Spalletti joined Inter from Roma in 2017 and led the team to two straight fourth-place finishes and qualification to the Champions League. But he has failed to win any silverware with the club.

“Inter Milan can confirm that Luciano Spalletti is no longer head coach of the first team,” Inter said yesterday in a statement. “The club wishes to thank Spalletti for his work and the results achieved together.”

Conte has been out of a job since June 2018, when he was fired from Chelsea. According to Italian media reports, the former Juventus coach has already signed a three-year contract with Inter.

Under Spalletti, Inter qualified for the Champions League for the first time since the 2011-12 season but were eliminated in the group stage. The team also finished 21 points behind Serie A champions Juventus.

Spalletti’s departure comes one day after coach Gennaro Gattuso left AC Milan by mutual consent after being beaten to the final Champions League berth by Inter.