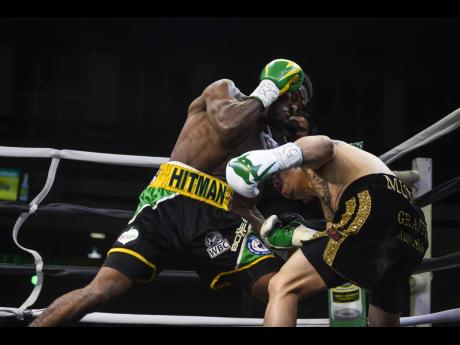 Gladstone Taylor
Jamaica’s Kemahl ‘Hitman’ Russell (left) traps Michi Munoz, of Mexico, in the corner and delivers hard shots to his body during his defence of the NABF Junior Middleweight Title at the National Arena in Kingston on Friday, March 16, 2018. 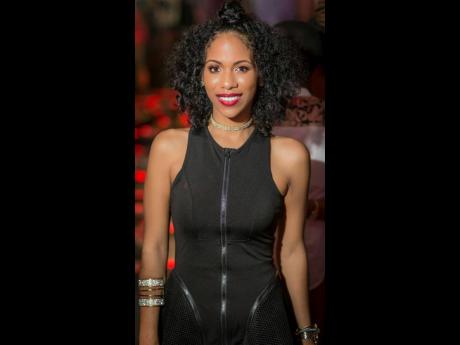 Leiza-Mae Keane, manager of Jamaican boxer Kemahl ‘Hitman’ Russell, has announced that they have broken their professional relationship with promoter Ronson Frank and his Uprising Promotions outfit.

Keane pointed to her dissatisfaction with the opponents being selected for Russell as a major source of conflict in the latter stages of the arrangement. The parties first inked a promotional deal in 2016 and further modified the arrangement to include a co-promotional arrangement with Real Deal Boxing Promotions in 2017.

Russell has not fought since his spectacular second-round knockout victory over Michi Munoz at the National Arena in March of last year, a victory that brought his professional record to 13 wins and one loss. It has long been suspected within local boxing circles that a rift between the promoter and the manager of the fighter was at the root of Russell’s inactivity.

Keane told The Gleaner of the issues that strained the relationship between the two.

“The agreement we had was that Russell would be fighting in New York under the ‘Uprising’ banner. We were not getting the opportunity to do that,” she said. “Instead, we were being pressured to try finding fights in Jamaica and the Caribbean. The only good fights or well-paying fights that he could think of for Russell were fights that were not good for his career.

“Last year after defending his title in Jamaica, he was presented with the opportunity to appear on a televised reality boxing series in the US. The problem was that most of the fighters going in were within the 154lb weight class and they were fighting at 160lb. The producers stipulated that the fighter had to maintain the weight of 160lb for the entire duration of the series. Russell’s fight weight is 160 pounds. I could not send my fighter into that situation. I have never seen him train at 160, and I was unsure he could maintain that weight for several months, so we refused the opportunity.”

“We had to change coaches and Andre Rozier took us in like a family and trained Russell,” she said. “We went to him with the intention of fighting Tureano Johnson, and Andre said absolutely not. He advised that Russell was not ready for a fighter like Johnson on short notice. He would have needed more time. Three of Rozier’s fighters have fought Johnson, so he knows what he was up against. There was a massive disagreement over our decision to follow the advice of the trainer.”

Keane explained that at that point last year, Russell, frustrated with the stagnation of his career, started asking to be released from the contract because he felt uncomfortable with the conditions. They had difficulties executing training sessions and living overseas, and there were no world-class coaches they could have worked with locally. The matter was then taken to the courts in the United States. Keane said this is what caused the inactivity for Russell as he was tied to a contract and could not fight.

His release was secured on March 28 of this year. The parties were able to settle the case and secure his release.

Frank confirmed the disagreements they had and said it came down to a difference of opinion over the fighting opportunities he was getting. He, however, cited that the release was pending outstanding payments to him. He said Russell indicated last year that he felt the arrangement was not working out and asked for a release from the contract.

“I have absolutely nothing against Russell and his team,” Frank said. “I wish him all the best, but this was a contractual arrangement and both parties have to honour it. I am not in the business of holding back anybody’s career.

He asked for a release, and when it gets to that point, lawyers have to get involved. Their attorneys spoke to ours and a figure was agreed. We have yet to hear from his team in that regard.”

Keane said that she and her fighter are now in negotiations with some of the biggest promoters in boxing, and they are working on getting Russell back in the ring by mid-July.