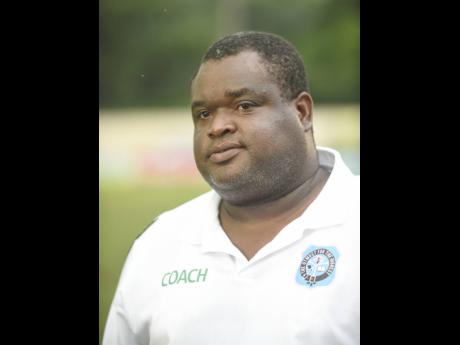 Molynes United coach Lijyasu Simms, said that they will be aiming for their third straight win in the JFF All-Island Confederations Playoffs when they take on Lime Hall CC tomorrow at the Constant Spring field.

Molynes trail Vere, which have played a game more, by a point. However, Simms expects his team to continue showing their resilience as they go deeper into the playoffs for qualification to the Red Stripe Premier League (RSPL).

“This is the champions of champions,” he said. “Only champion teams play this tournament. No game is going to be easy. These are the better-organised teams in the country, and we played two games and won two, and we have four to go. We are taking each on as it comes. The first two weren’t easy, but we pulled through and got three points each time, and we are looking to get three more points come Sunday,” he said yesterday.

“The team is getting stronger and stronger. We are looking sharper and sharper as we get into the playoffs. The team has answered the call so far, and we have to keep pushing them to get the best out of them, as our ultimate goal is to get to the RSPL.

“We are not going to treat them (Lime Hall) like the bottom-of-the- table team. We are taking it one game at a time. Three points are very important, and we are really putting in the work right now. We are not taking any game lightly. We are treating every team as a threat , and that’s the plan moving forward. Each game, we are going for three points, nothing less,” he said.

Molynes scored wins over Baptist Alliance and Wadadah to sit second in the table behind Vere FC, which lead the standings with seven points. Vere gained those points from a draw with Wadadah FC in their first game and wins over Lime Hall and top contenders Faulkland FC.

Sitting third behind Vere and Molynes are Wadadah with four points, followed by Faulkland and Baptist Alliance on three each. Downs FC and Lime Hall are at the bottom on one point apiece.

In other games tomorrow, Vere take on Downs at the Wembley Centre of Excellence in Hayes, and Baptist Alliance entertain Faulkland at the York Sports Complex. All games start at 3:30 p.m.