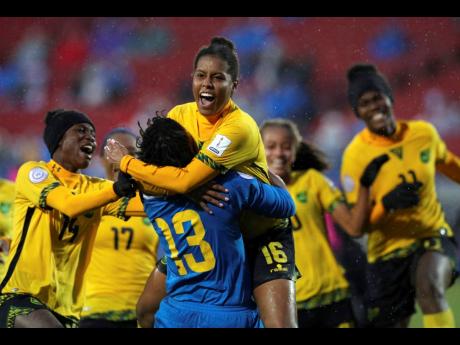 As Jamaica’s Reggae Girlz prepare to make their debut at this fast-approaching FIFA Women’s World Cup tournament in Lyon, France, former national senior women’s team head coach Charles Edwards said the team must be mentally and physically prepared if they are going to do well.

The Reggae Girlz will take on Brazil in their opening match on June 9 before facing Italy on June 14. They will close out their campaign against Australia on June 18.

Edwards told The Sunday Gleaner in an interview that the Jamaican coaching staff must do all that they can to ensure that the Reggae Girlz are physically prepared to take on the Brazilians in their opening match on Sunday.

“The coaches will have to work seriously on getting the condition levels up and the chemistry that they had going into the qualifiers and qualifying for the World Cup, we have to get back to that level or better,” said Charles.

“Although a lot of people are saying the Brazilian team has aged, we must remember that is a big nation in terms of football, and so on the world stage, they will find a way to perform,” he said. “It may not be adequate enough, but we must also be ready to challenge them and beat them if we are going to qualify for the next round.”

The veteran coach added that it is the first time that the Reggae Girlz will be competing in the tournament and, therefore, they must focus and be prepared to deal with whatever pressure that may arise.

“As much as how they want to talk about them being ready and it (the occasion) is not going to bother them, when they step out on that pitch, it is going to be a different scenario,” said Edwards.

“I am certainly hoping that they will do well because they are carrying the Jamaican flag and they are representing all of us, and, of course, we would be a very proud nation if they will advance and do well,” Edwards said.

Former national under-17 female coach Xavier Gilbert said he is very optimistic that the Reggae Girlz will do well against the Brazilians in their opening match.

“I think that we need to outscore our opponent because both teams have conceded goals in the last matches that they have played,” said Gilbert.

“I think that we have to also get tighter in defence, and our transition game has to improve, and we have to be a little bit more potent in midfield in terms of our compactness,” Gilbert said.