Paul Wright | Bouncing back from defeat 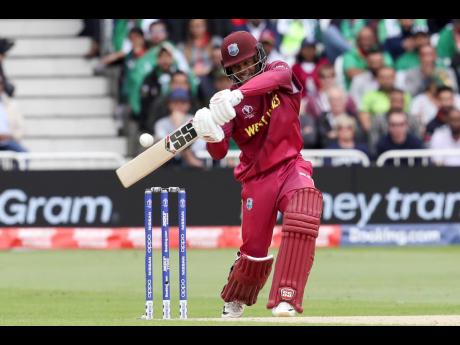 The great allure of sports can be traced to the unpredictability of the results of contests. Fortunes have been made and lost by those who claim to have inside knowledge of conditions that can predict the outcome of any sporting contest. Shock results are not limited to any one sport. It can and has appeared in individual contests or team sports.

The ongoing ICC World Cup in England and Wales has already produced results that, although being described as shocking or an upset, is precisely what has die-hard sports fans glued to television sets or constantly asking “What’s the score?” of friends who have access to play-by-play reports from daily One Day International (ODI) games.

The demolition of Pakistan by a Windies team “unified and happy”, according to insiders, surprised some, but not all, cricket aficionados. The manner of the victory has brought hope and, for some, a belief that our team can reach the next round and, indeed, be a force to be reckoned with as the tournament progresses. Then the defeat of one of the pre-tournament favourites, South Africa by one-time ‘minnows’ Bangladesh, has really set the stage for what should be the most competitive of all the previous World Cups.

Riding against the odds

Hope springs eternal in the breast of all of us as we cheer on our countrymen and ‘fellow minnows’ Bangladesh over the next few weeks.

Then on Saturday last, a ‘fat’ boxer, just six weeks after his last fight, and on very short notice, overwhelmed the pre-fight favourite and holder of four heavyweight world titles, Anthony Joshua, to win by a technical knockout.

Anyone who ‘did know’ that Andy Ruiz Jr would be the new heavyweight champion of the world can make punters happy by letting me know who will win the sixth race at Caymanas tomorrow!

Victory in sport, and indeed in life, depends not only on being totally prepared, but also there is that unpredictable but ever present thing called ‘luck’.

Andy Ruiz Jr went into that fight with absolutely nothing to lose. No hype, no pre-fight build up, just another journey man, fodder for a multiple belt champion-of-the people who has the world at his feet.

But, as happens so often in sports, to quote the late former Los Angeles Rams, Seattle Seahawks and Buffalo Bills coach, Chuck Knox, “Winning and losing are both very temporary things. Having done one or the other, you move ahead. Gloating over a victory, or sulking over a loss is a good way to stand still.”

How a man plays the game shows something of his character. How he loses shows all of it. The future of Anthony Joshua and Andy Ruiz Jr will reveal a lot about the inner character of both men. The early losses in the ICC World Cup means very little to nations with resolve and character.

The wonderful thing about sports is that winning and losing are only temporary, unless you quit. The month of June has a lot to offer for the sports fan in all of us. Let the games continue.