Laurie Foster | Juniors ready to do damage at Senior Trials 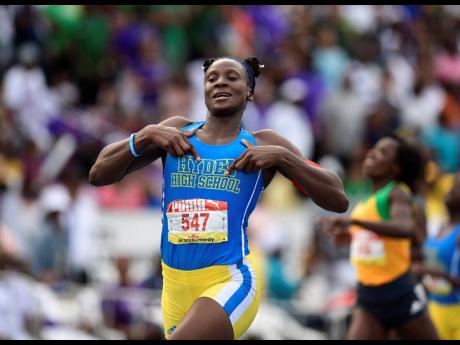 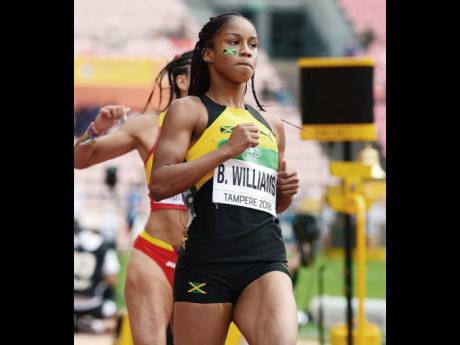 Word coming from the local track and field community is that the interest and intention of juniors to contest the Senior Championships, are more intense than ever. This might not be proven until the list of entries becomes public, but it should not be a surprise when that happens. One has only to look at this year’s results in the women’s sprints to see the probability of having what is being said realised.

Based on the early engagements, no fewer than five Under-20 females have registered times in the 100m of sub-11.20. They are headed by the double World junior sprint champion in Tampere, Finland, last year, Briana Williams. Just last weekend, she set a new national junior record of 11.10. It topped the previous Jamaica two-week-old best of 11.11 by former Alpha Academy athlete Kiara Grant, now campaigning for Norfolk State University on the United States collegiate circuit. The following weekend, another collegian, America-born, Lanae-Tava Thomas, studying at the University of Southern California but qualified to run for Jamaica, ran 11.18 and 11.19 on consecutive days. Added to those are the locally based Kevona Davis and Ashanti Moore, who did 11.19 and 11.17, respectively, at Champs 2019.

Apart from former 200m World champion Ato Boldon, who has charge of Williams, there has been no public statement as to whether any of these athletes will seek to confront the likes of Olympic champions Shelly-Ann Fraser-Pryce and Elaine Thompson come the senior event. The championships will act as trials for the XVII IAAF World Championships in Athletics to be held in Doha in late September to early October. An itinerary recently put out by Williams’ camp has her scheduled for both the 100m and the 200m at the June 20-23 trials, when both juniors and seniors will be having their outing.

If the junior times seen are used as a viable indicator as to the readiness of the respective athletes to step up, one thing is certain. They compare well alongside and, in some cases, even supersede those posted by the second-tier seniors, once the Fraser-Pryces and Thompsons are omitted. It should be borne in mind that the top six from the 100m final at the trials are expected to occupy the slots for the 4x100m relay. This could mean that a possible two Juniors could make the relay cut as one should not write off the chances of a few second-level seniors making it through. After all, Natasha Morrison, Christania Williams and the emerging talent of Jonielle Smith should not be ignored.

It will not be the first time that Foster’s Fairplay is referring to the saying, that ‘if you are good enough then you are old enough.’ With this in mind, it should not be the decision of anyone but the coaches of these young athletes to decide which way to go. They have been closer to their charges than any other and should be familiar with their capacity to compete at the higher level.

Despite being by far the youngest of the juniors to enter this arena of speculation, Williams has shown that she is mentally ready to take up the challenge. It is rare to hear the type of confidence in her ability which she continues to express when she is afforded the opportunity. One would also hope that the US-based athletes, given their own exposure of a year on that circuit, should be able to rise to the occasion and perform with the seniors. That is what they have been doing all season.

Finally, a few words to the coaches who are harbouring thoughts of their young charges taking on the seniors in competition. Times on the clock should not be the only criteria used to make that decision. It is not necessary to name other considerations, given the knowledge you have accumulated in years of association with the sport. All that is being asked is that you do not make it a knee-jerk reaction to the fast times.

Think hard and think long before making that plunge. Let us not sacrifice the young talent on the altar of “which senior my little one can beat”.