Junior golf on the rise – Chin 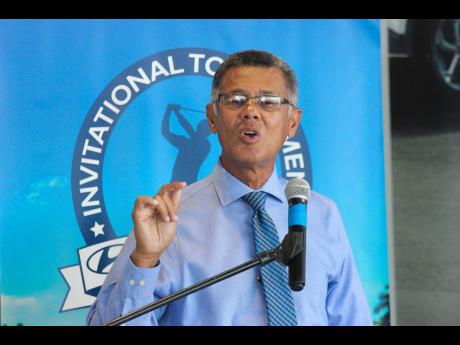 In an interview with The Gleaner yesterday, Chin said the sport is expected to benefit from the new thrust implemented by the JGA, and it’s only a matter of time before the country starts reaping the benefits from the new initiatives.

“We have a very vibrant junior programme; every year we have more and more schools playing and that is what we want to see happening for the sport to grow,” said Chin.

Chin added that more schools will be coming on board in the near future.

“We started a small school event with two or three teams, now we are at five and it is growing. We are pleased that you have more and more juniors playing, because that is the only way the game is going grow.”

Jamaica currently has the Caribbean junior champion in their ranks, Justin Burrowes.

In the meantime, a number of the junior golfers will be on show when the inaugural Hyundai Cup Golf Tournament tees off on June 29, July 7 and July 20, 2019, at the Caymanas Golf Club.

Ten teams made up of eight players will compete for the Hyundai Cup, which features the regular 18-hole competition. There will also be a 3-hole play-off to decide the overall champion team.

The competition will be played in four handicap categories ranging from 0-36.

Teams will accumulate points based on their ranking in the handicap categories.

Golfers in the Hyundai Cup will also compete for a chance to play in the Pro-am tournament of the PGA-sanctioned Corales Puntacana Resort & Club Championship in the Dominica Republic in March 2020.