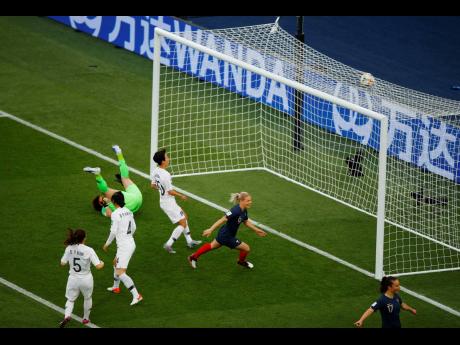 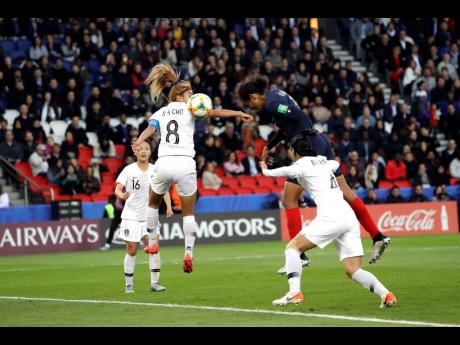 France’s women took a first step to follow in the World Cup footsteps of the Frenchmen.

Eugénie Le Sommer and Amandine Henry also got goals on a cool, windy night at Parc des Princes, the home of Paris Saint-Germain. French pop star Jain provided the pre-game entertainment for the sell-out crowd of 45,261, and French President Emmanuel Macron was among the spectators singing “La Marseillaise” and looking on.

“We knew that it was going to be a really emotional evening. But I think we managed it well,” Renard said. “When you have more than 45,000 people singing the French national anthem, obviously it drives you forward.”

France is hosting the tournament in a time when women’ teams are increasing their push for equal treatment from FIFA and other football governing bodies. It is vying to become the first nation to hold both the men’s and women’s World Cup titles at the same time.

“I’m sure people expect or hope, and the same goes for us, we’d like to follow in the footsteps of the senior men’s national team,” French coach Corinne Diacre said. “But everything takes time. We won tonight, but we haven’t still won anything. We have six more steps on the road that need to be taken. We need to be serious and focused for six games, and then we’ll see what comes of it.”

France’s margin of victory was the largest in a Women’s World Cup opener since China beat Norway by the same score at the first tournament in 1991. Four years ago, all nine teams that won their opener advanced from the 24-nation group stage to the round of 16.