Wind, Nadal too much for Federer 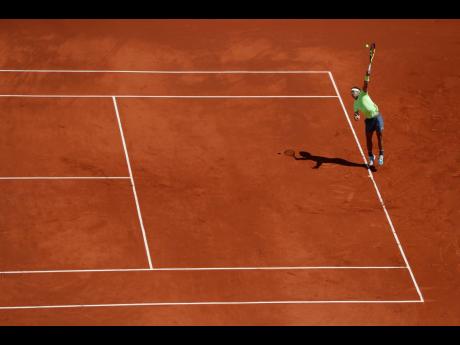 Pavel Golovkin
Nadal serves against Federer during the match. 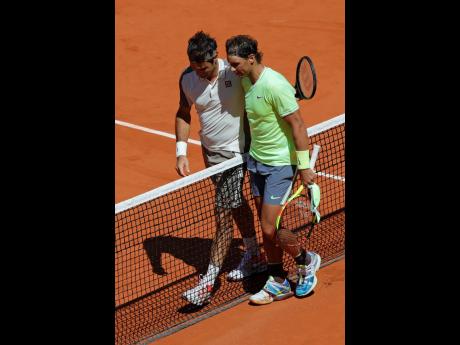 It’s rough enough for Roger Federer — well, let’s be honest, anyone holding a tennis racket — to try to deal with Rafael Nadal’s unflinching excellence on the French Open’s red clay. Mix in a wild wind, and Federer, so great for so long, against anyone else and anywhere else, morphed into merely good. And good, even Federer’s brand of good, was not nearly enough yesterday.

Nadal made quick work of Federer in their first meeting at Roland Garros since 2011, outperforming his rival 6-3, 6-4, 6-2 in air whipping at more than 20 mph (12 kph) to reach his record 12th final in Paris as he pursues his record 12th championship.

This was Federer’s most lopsided Grand Slam defeat since he gathered a measly four games in a loss to — guess who? — Nadal in the 2008 French Open title match.

“He makes you feel uncomfortable the way he defends the court and plays on clay. There is nobody who even plays remotely close to him,” said Federer, who hadn’t entered the tournament since 2015.

“I don’t even know who I need to go search for, to go practice with somebody who plays like him. I was thinking that during the match.”

Nadal has never lost a semi-final at the clay-court major. Never lost a final, either. When told of those facts, Nadal replied, matter-of-factly: “It’s incredible, being honest.”

He’s also never lost to Federer at Roland Garros, improving to 6-0. Overall, Nadal leads their series 24-15. Federer had won their past five meetings, but those were all on hard courts.

It’s a whole different task to take on Nadal on clay, in general, and at the French Open, in particular, where he is 92-2 for his career.

In Sunday’s final, the No. 2-seeded Nadal will play No. 1 Novak Djokovic or No. 4 Dominic Thiem.

Their semi-final, played second yesterday, was suspended for the day in the third set because of rain in the evening. Thiem was leading 6-2, 3-6, 3-1 when play was halted. About 45 minutes later, officials announced the match would resume today.

That means whoever wins would be competing for a fourth day in a row in the final against a well-rested Nadal.

This was the first time since 2011 the four top-seeded men were in the Roland Garros semifinals.

In the women’s final today, No. 8 Ashleigh Barty will face unseeded 19-year-old Markéta Vondroušová of the Czech Republic. It’s the first time either has played for a major title.

Nadal, meanwhile, is bidding for his 18th. Among men, only Federer has more, with 20.