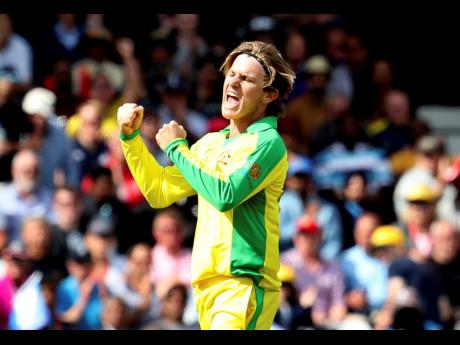 Australia spinner Adam Zampa has been given a formal warning by the International Cricket Council (ICC) for using an audible obscenity during a World Cup win over the Windies.

The ICC issued a statement yesterday saying the on-field umpires reported Zampa for a breach of the player code of conduct in the 29th over of the Windies’ innings at Nottingham. Australia won the game by 15 runs, recovering after being in serious trouble at 38-4 to post a total of 288 and then restricting the Windies to 273-9 from 50 overs. Wrist spinner Zampa bowled the 29th over, conceding nine runs as the Windies moved to 160-4.

As well as the official reprimand, Zampa received a demerit point against his disciplinary record. Defending champions Australia have won their opening two games and next play India tomorrow at The Oval.